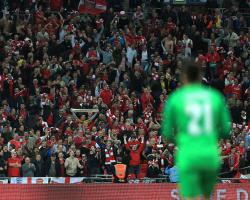 The Arsenal chief executive told the programme that Arsenal are in talks with Petr Cech and Chelsea regarding the player moving to the Emirates but that these talks were at a delicate stage.

The report claims that Cech will command a ÃÂ£10million transfer fee but that would seem good value for a player that headed the list of clean sheets despite having reduced opportunity to play as the No.2 at Chelsea.

The 33-year-old veteran made just 15 appearances in all competitions for Chelsea in 2014-15 compared with 45 the season before.

Cech is not happy to be a backup keeper and is looking for more opportunities to play which Arsenal appear willing to give the Czech Republic international with 114 caps.