North London duo Arsenal and Tottenham could be set to battle it out in the transfer market this summer with both clubs keen on securing the signature of highly rated Real Betis defender Aissa Mandi.

The Algeria international can play across the back line, but predominantly features on the right of a back three, a system both Mauricio Pochettino and Unai Emery have adopted this season.

According to ​El Desmarque, Emery was keen on bringing the 27-year-old to ​Arsenal during the January window. However, due to the Gunners' financial difficulties, have set their sights on summer deal, with ​The Sun claiming the player has a £26m release clause.

Emery is desperate to bolster his defence in the summer having seen his side leak 37 goals in just 26 Premier League matches, while the club have suffered long term injuries to Hector Bellerin and Rob Holding during the campaign.

The Spaniard is eager to add two full backs, a centre half and two wingers to his squad in the summer, and has already earmarked the star, who had already courted the interest of Arsene Wenger during his time in north London. 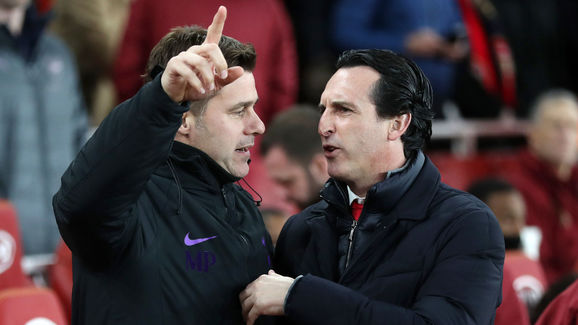 Meanwhile, ​Tottenham are looking for defensive cover with Toby Alderweireld's future at Spurs still undecided. However, with both north London sides often reluctant to part with large fees, it remains to be seen whether their interest will sustain through until the end of the season.

Mandi joined Betis from Reims back in June 2016 and has gone on to make over 80 appearances for Los Verdiblancos and has impressed in his 34 matches at the Benito Villamarin Stadium this season.