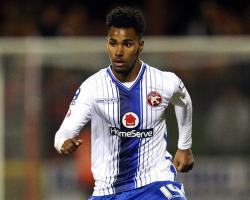 Rico Henry made his first senior appearance in a pre-season friendly against Leeds shortly after tuning 16 and now he is 18 is considered one of the most exciting young English talents.

Arsenal are not alone in sending scouts to assess the player with Manchester United, Leicester, Tottenham and Watford reportedly interested from the Premier League clubs

Arsene may be looking longer-term to ensure he has additional cover in the event of injuries.

The Daily Mail suggest that Burnley are very keen to add the player now with a January offer whilst Premier League clubs consider a summer move.

Named the Football League Young Player of the Month for September 2015 and receiving an England U19 call up in the tail-end of last year the player is one to watch for the future.