​Former Arsenal defender Tony Adams has advised Gunners forward Eddie Nketiah to seek a loan move away from the club during the January transfer window.

The 19-year-old started only his third game of the season on Saturday as Arsenal progressed to the fourth round of the FA Cup with a 3-0 victory at League One side Blackpool.

Nketiah has mainly been limited to substitute appearances during his time at the Emirates yet has been prolific for the club's U-23 side over the past two campaigns, scoring eighteen goals in twenty games. Speaking to BT Sport as quoted by ​football.london, ex-Gunner Adams urged the striker to follow fellow teenager Reiss Nelson's example of moving away from the club on loan, outlining: "To develop, Nketiah needs to get games under his belt.

"In the next two or three years he needs to play thirty games for a club and he's not going to do that Arsenal.

"The manager would go for [Aaron] Ramsey running from deep off [Pierre-Emerick] Aubameyang and he's not going to get the games that are necessary." 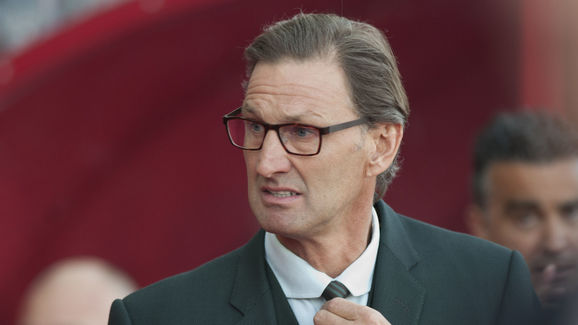 Nketiah's opportunities to impress manager Unai Emery have been suppressed by the form shown by Aubameyang and ​Alexandre Lacazette this season, who both have significantly contributed towards ​Arsenal's push for a top-four finish in the Premier League this season.

Whereas the young forward faces tough competition for a place in the Gunners side, Adams has declared that another of the club's prospects could become a regular for the first team in the near future, revealing that: "Someone like Emile Smith Rowe has more of a chance. The only player in his way is Alex Iwobi. He might get a run in that position.

"How may games do you need to have at Arsenal to develop? It's not enough. They stagnate. They go backwards."

Nketiah would not be short of offers if the youngster decides to move away from Arsenal for a period on loan as he has impressed during the games that he has played for the club. The forward made his debut last season in the Europa League and scored twice for the club in a 2-1 victory against ​Norwich City in the Carabao Cup in what was only his second ever appearance for the Gunners.