Nzonzi earned a reputation as a solid Premier League player during six years with Blackburn and Stoke and has been linked with Arsenal in the past.

Arsenal's rumoured interest in Monchi could make this one plausible as he was responsible for taking Nzonzi to Sevilla, where he won the Europa League under Unai Emery, and then Roma.

Italian website CalcioMercato News has claimed that the futures of Nzonzi and Monchi may be linked once more and a move to Arsenal for the former could 'take shape' should the latter be named the club's technical director in the coming months. The suggestion is that Monchi has no intention of letting Roma sell Nzonzi for as long as he is still there, but that could obviously all change if he leaves.

At the age of 30, Nzonzi would not be a long-term acquisition for Arsenal but could offer experience and guidance in central midfield where 19-year-old Matteo Guendouzi and 23-year-old Lucas Torreira appear to be the future.

For now, however, whether the Nzonzi rumour is rooted in any fact or is more the product of journalistic guesswork based on the Monchi assumption remains to be seen. 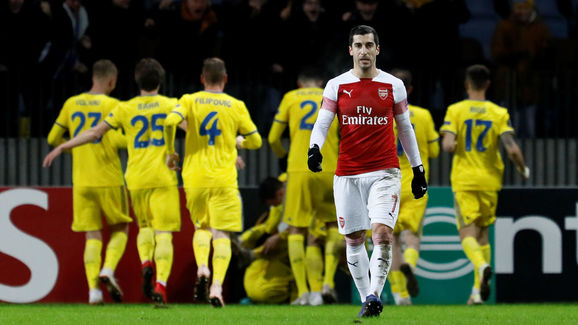 Arsenal are back in action on Thursday evening when they host Belarusian champions BATE Borisov at the Emirates Stadium in the Europa League. The Gunners must overturn a 1-0 aggregate deficit after losing the first leg last week.

Winning the Europa League may be the club's best chance of qualifying for the Champions League next season given the competitive top four battle developing in the Premier League.