​Arsenal are pursuing a move for Porto midfielder Hector Herrera after the Mexican rejected a new deal with the Primeira Liga leaders earlier on this season.

The 28-year-old's current contract with the Dragoes expires in the summer, meaning that Gunners boss Unai Emery could sign him on a free transfer.

With Aaron Ramsey leaving Arsenal for ​Juventus in July, Herrera could act as a replacement for the Welsh midfielder who is set to leave the club after 11 years. Reports in Italy (quoted by ​The Sun) suggest that any move for the Porto star depends on whether Arsenal are willing to meet the player's wage demands.

Herrera moved to Porto in 2013 from Mexican side Pachuca and has made over 180 appearances in all competitions for the Portuguese giants. The midfielder played an influential role last season for the club as they won the Primeira Liga title and has been involved in every game during this year's campaign.

As Porto are still fighting on four fronts in the ​Champions League, Taca de Portugal, Taca de Liga and the league, it is unlikely that they will be willing to sell Herrera in the January transfer window despite knowing that they could lose the player on a free in the summer. 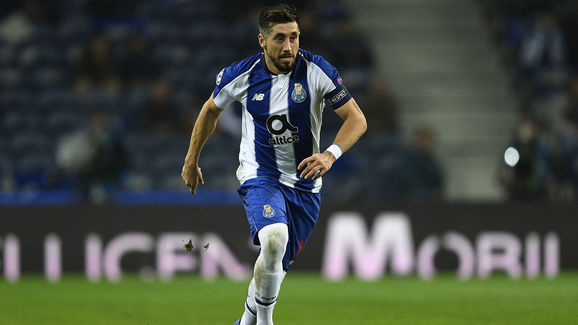 If ​Arsenal do make the move for the Mexican, they could face significant competition from a number of clubs around Europe.

Premier League club Wolves have been rumoured to be interested in Herrera, whilst Serie A giants ​Inter and Roma are also thought to be keeping tabs on the midfielder's situation.