​Inter winger Ivan Perisic has been dropped from the squad to face Torino on Sunday, amid reports linking him with a move to Arsenal. However, it seems the Gunners and Inter are still far from a deal.

The Gunners are thought to be targeting a new attacker during the January transfer window, and they have reportedly turned their attention to the Inter star, who has been the subject of interest from Manchester United on several occasions in recent years. News of ​Perisic's omission from the ​Inter squad comes from ​Gazzetta dello Sport, who claim that, amid the speculation around his future, Perisic has had a "troubled week" and is not mentally prepared to feature for the ​Serie A side.

​Arsenal are keen to bring the 29-year-old to the Emirates Stadium on loan, but Inter are only interested in negotiating the permanent sale of the Croatia international.

Further details of Arsenal's bid come from journalist ​Gianluca Di Marzio, who suggests that Arsenal have offered to pay an initial €5m to secure the loan deal, and they also want to include the option to buy Perisic outright for a further €40m. However, this proposal was swiftly rejected by Inter officials, who want to use any funds raised from the deal to sign a replacement for Perisic, who has registered three goals and five assists in all competitions for Inter this season.

Inter have several targets in mind to replace Perisic. Firstly, they are negotiating with Chinese Super League side Dalian Yifang to sign former ​Atletico Madrid winger Yannick Carrasco, and Inter have also offered winger Antonio Candreva to the Chinese side in an attempt to convince them to part ways with Carrasco. 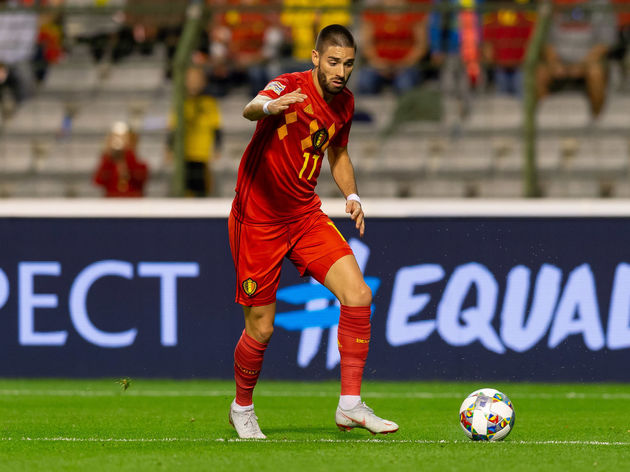 They are also thought to be pursuing a deal for Udinese star Rodrigo de Paul. Inter had initially planned on signing the 24-year-old next summer but, should Perisic leave the club in January, they could look to accelerate the deal.

However, Inter face serious competition in the race for de Paul's signature. ​Napoli are said to have submitted an offer of over €30m for the Argentinian, and Inter would likely use any funds raised by the sale of Perisic to finance a deal for the winger.