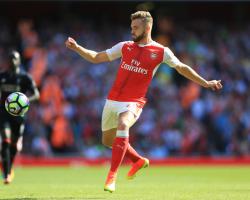 The promising defender, 21, becomes the latest addition to Aitor Karanka's squad having been dropped following Arsenal's 4-3 defeat by Liverpool in their opening fixture of the season.

Spaniard Karanka built his reputation as a central defender, and he told their official club website: "I'm really pleased.

"It's a position where we've been working towards bringing the right player in.

"We haven't been in a hurry because Calum was the player we were waiting for, and he's going to help us a lot.

"I'd like to say 'Thank you' to him because we know he had another offer, but he wanted to come here

That's important and we're looking forward to working with him."

Chambers, who joined Arsenal from Southampton for ÃÂ£16million in 2014, said: "(I'm) excited about the season ahead and can't wait to get going."