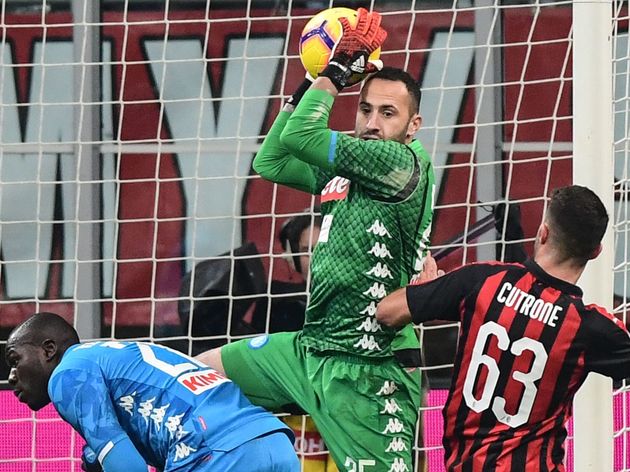 Speaking to Radio Blu, via Football Italia, Ospina said: "My current situation is that I am on loan for this season and there’s a clause based on the number of games, so if I play regularly, it’ll become an automatic purchase."

He explained how the situation is out of his ands and may be influenced by the club's faith in their other goalkeeper Alex Meret. Ospina was initially​Arsenal

“When the situation doesn’t depend on me, all I can do is wait for the decisions to be made by Napoli," he added. "The club had just spent a lot of money on Meret, a young goalkeeper with a great future ahead of him, so I knew that when he came back from injury, this might happen. Ospina then spoke more directly on his own future, seeming to reference the fact that he has been linked with a return to South America for Boca Juniors.