Unai Emery managed Banega at Sevilla and Valencia, and could look to the 30-year-old as a replacement for the departing Aaron Ramsey.

According to The Mirror, Arsenal attempted to do a deal in January, but due to a lack of financial backing are looking to complete the transfer in the summer. 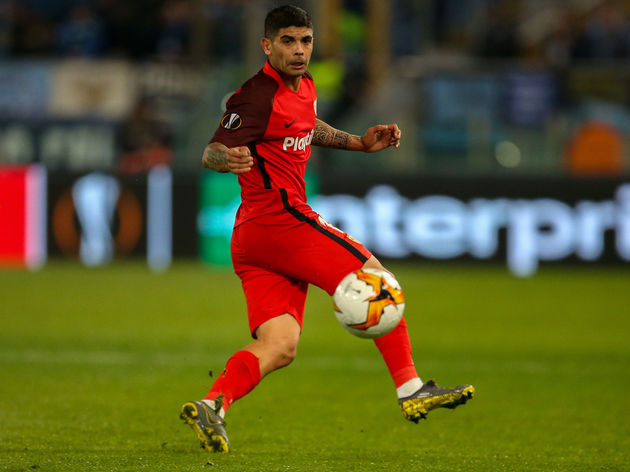 The Argentine could be available for £17m - the price of his buy-out clause - but the largest concern over the player is his age as he will be turning 31 in June, though his experience could be vital to the current ​Arsenal side.

So far this season, in 22 appearances, Banega has scored three goals and provided two assists. It would seem that Banega would be a like-for-like replacement for Ramsey, with the obvious benefit of Arsenal bringing in a player who has worked under Emery's system before. The pair worked successfully together when Emery’s Sevilla side won back-to-back Europa League trophies in 2015 and 2016.

Another alternative option to replace Ramsey is Denis Suarez, the 25-year-old loanee from ​Barcelona, as the Gunners have an option to buy the Spaniard on a permanent basis in the summer. But with Suarez having featured in just 38 Premier League minutes so far, it's far too early to tell which way Arsenal will lean come the summer transfer window.