United were reported this week to have had a £70m bid rejected by Leicester. The 2015/16 Premier League champions are thought to be holding out for as close to £100m as possible and are under no pressure to sell, but could accept a smaller package totalling £85m. 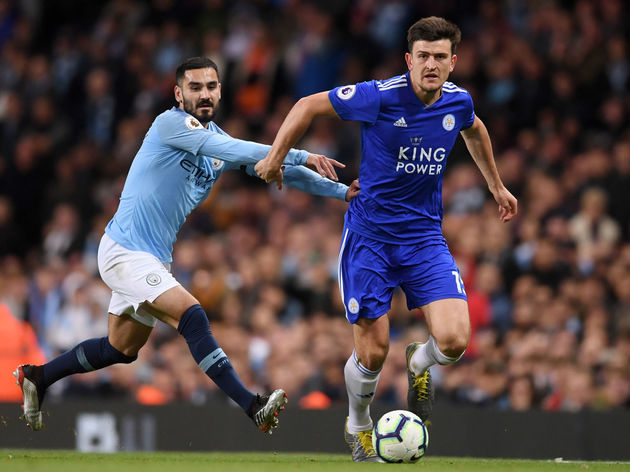 The battle between the Manchester clubs is likely to come down to who will outbid who.

But Arsenal, in desperate need of quality reinforcements ahead of next season after a dismal end of the 2018/19 campaign, have also suddenly been added to the mix. Their reported enquiry to Leicester is fairly embarrassing given the existing level of the bidding.

According to The Sun, Arsenal have asked about Maguire, yet are also said to have informed Leicester that they are unwilling to pay any more than £50m for the 26-year-old. That figure is £20m less than Leicester are already thought to have rejected from United, and £35m less than what is thought to be the minimum asking price.

The Gunners, whose limited summer budget has been the subject of much media discussion, appear to be making an unfortunate habit of low ball offers for players valued far higher.

Reports noted earlier this week that Arsenal offered just £40m for Crystal Palace winger Wilfried Zaha. What's more, that £40m was apparently supposed to be spread over five years, meaning that Palace would have sold their best player for measly annual instalments of £8m. The Eagles are thought to value Zaha at around double Arsenal's opening bid - £80m.