Konate, 19, joined Leipzig from Sochaux in 2017 and has impressed in the Bundesliga this season, putting in a number of commanding performances in the 27 appearances he has made in all competitions. 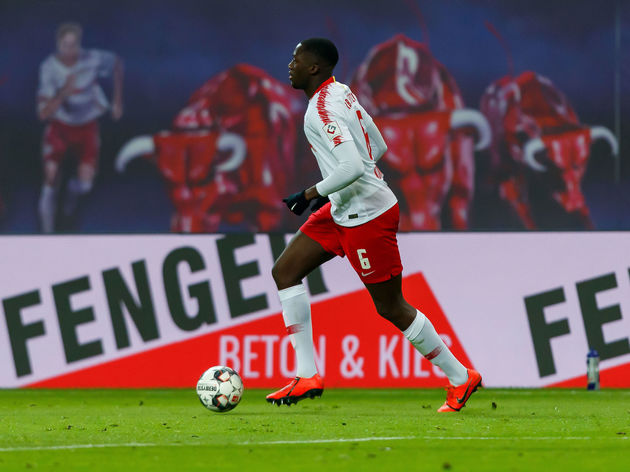 ESPN) claim that Konaté has been identified as a long-term solution to the Gunners' defensive woes.

London rivals ​Chelsea and ​West Ham are also believed to be interested in striking a deal though, meaning any potential move is unlikely to be straight forward. Couple that with the fact that he only recently signed a new deal committing him to Leipzig until 2023, and a switch begins to look unlikely.

However, it is claimed that a £40m bid could persuade Leipzig to let him go -  though Arsenal's lack of spending in the January transfer window indicates that a fee of that magnitude is likely to put them off making a bid.

This man at the moment. He can defend, he can dribble like Messi, he can score great goals...what can't Ibrahima #Konaté do?! 朗

Financial constraints aside, there is no doubting though that Arsenal need to tighten things up at the back, with Sunday's 3-1 defeat against Manchester City another illustration of how frail they are defensively.

A lengthy injury list, headlined by season-long absentees Hector Bellerin and Rob Holding, has not helped matters but it's clear that the Gunners require additional cover to supplement the seemingly under-par performances of Shkodran Mustafi, Stephan Lichtsteiner and the rest of Arsenal's backline.

Konaté could be the missing link if his performances this season are anything to go by, with Leipzig currently sitting fourth in the Bundesliga as a result of his contributions.