​Atlético Madrid have identified Arsenal striker Alexandre Lacazette as their top target for the summer transfer window, and it is understood that the Gunners are open to bids.

The Frenchman has managed a respectable nine goals and three assists in all competitions this season, but the problem is that Arsenal expect more from one of their top stars. 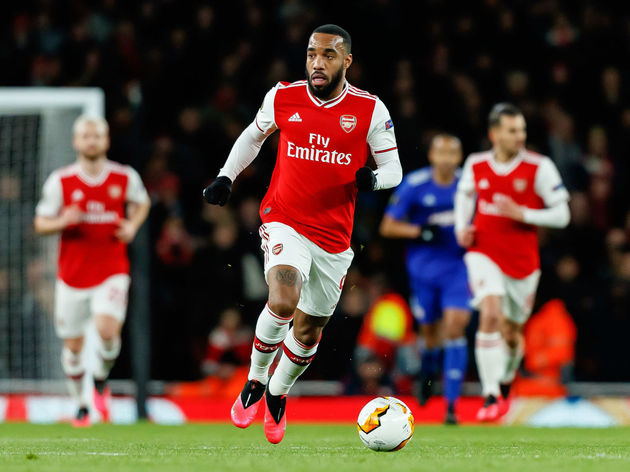 Mikel Arteta left ​Lacazette out of the starting lineup for ​Arsenal's last three games before football was suspended, and ​AS note that the Gunners no longer consider him as an 'essential' part of the team.

Lacazette remains under contract until 2022, but it is suggested that Arteta could look to offload him this summer while his value still remains high, and ​Atlético will be there to try strike a deal if he does hit the market.

Diego Simeone is expected to try and replace striker ​Diego Costa, who has managed just two goals all season and looks nothing like the powerhouse that took ​Chelsea by storm just a few years ago. Lacazette is said to be their top target, with Atlético having tracked the Frenchman since his time with Lyon.

They are incredibly keen on bringing him in, and it is suggested that the feeling could be mutual as Lacazette would be interested in turning out for Atlético as well.

It will all come down to whether or not Costa can seal an exit from the Wanda Metropolitano, but Atlético are expected to find a buyer somewhere.

With strike partner ​Pierre-Emerick Aubameyang also nearing the exit door, it could be a hectic summer for Arsenal. Their only other strikers are 18-year-old Gabriel Martinelli and 20-year-old Eddie Nketiah, so Arteta may look to bring in a more-experienced option if he does lose both Lacazette and Aubameyang.