Italy and France have taken drastic measures to control the spread f the virus by halting Serie A and Ligue 1 respectively. Italy, in particular, has been the worst affected country in Europe and has gone into full lockdown this week, with the number of deaths surpassing 400.

ICYMI: Man City v Arsenal has been postponed as a precautionary measure

The UK hasn’t been hit anything like as badly as its European neighbours…yet, but the decision to call off the City vs Arsenal game comes as a precaution owing to several Gunners players recently meeting Olympiacos owner Marinakis, who has tested positive for the virus.

“Following medical advice, Arsenal FC and Manchester City FC consider it is necessary to postpone their fixture due to be played this evening, Wednesday 11 March, to give time to fully assess the situation. The Premier League has therefore agreed that tonight's match will be rearranged.

“… the short notice of Mr Marinakis’ infection means there is no alternative but to take the time to complete a proper assessment of risk.” 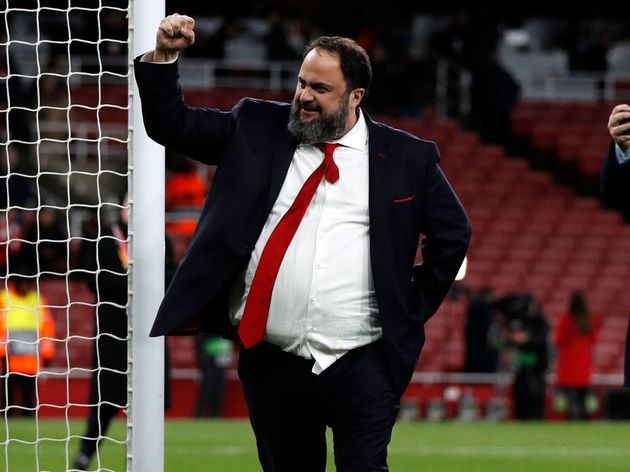 Elaborating on the chance of their players and staff contracting the virus through contact with Marinakis, which came 13 days ago, Arsenal described the risk as ‘extremely low’.

However, the club is strictly following government advice, “…which recommend that anyone coming into close contact with someone with the virus should self-isolate at home for 14 days from the last time they had contact.”

The players who had contact with Marinakis are therefore unavailable until their self-isolation is over and the Premier League agreed to postpone the game.

The Premier League added that there are no plans to postpone any other fixtures.