Whilst new signings have struggled or haven't been available, it has been Emery's conservative tactics that have cost Arsenal in their two biggest league games this month. The 20-year-old took the North London derby by the scruff of the neck, putting in a MOTM display that also included a fine assist for Aubameyang, a move that showed off Guendouzi's vision and passing range.

He picked up another assist - winning a penalty after a mazy run, in Arsenal's comeback win against Aston Villa -

Gotta love Guendouzi. Can play good or not so good but always shows up in difficult moments at such a young age. Big future ahead of him at @Arsenal

While against Spurs and Villa he was praised for his character in possession, against United we saw a more resolute and gritty display in tough conditions. Despite Aubameyang scoring Arsenal's goal, shock, Guendouzi held together a poor Arsenal midfield and his defensive attributes shone through, limiting United's central threat. This may seem harsh, but it's purely based on expectation. We all know Granit Xhaka's a liability, that David Luiz is a calamity and Sead Kolasinac can't defend, but we didn't think record-signing Nicolas Pepe would be this ineffective.

After setting Ligue 1 alight with Lille last season, Pepe struggled at the Africa Cup of Nations as his side failed to reach the final. His Ligue 1 form earned him a £72m price tag, one that Arsenal were understandably prepared to pay.

Nicolas Pépé lost possession more times (17) than any other Arsenal player during his time on the pitch vs. Man Utd.

A night to forget at Old Trafford. pic.twitter.com/ANzKF2qCjp

The 24-year-old started every league game in September and only showed mere flashes of what he's capable of. One goal - a penalty, and an assist, which was all Alexandre Lacazette - is all Pepe has to show for September and his month was summed up with a dismal display on Monday night.

Pepe himself has said he's low on confidence and has found it hard to adapt, which is completely understandable. However, Arsenal fans will be hoping that the Lille Pepe arrives soon, and not the Ivory Coast version they have at the moment. 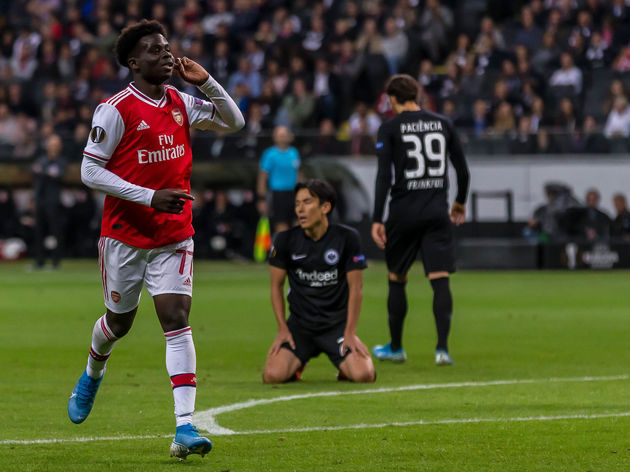 Arsenal came into this one off the back off their worst performance of the month (see below) and could've easily put in another cojones-less display in a hostile atmosphere against Frankfurt.

However, they didn't, and even though they had less possession, fewer shots and fewer on target, Arsenal soaked up the first half pressure well and countered effectively.

They should've been one or two up by the time Joe Willock finished off a Bukayo Saka-inspired counter in the latter stages of the first half.

Showing great resilience and character to keep out numerous Frankfurt attacks, the Gunners were rewarded with two late goals from the newly-emerging star Saka and Aubameyang, after Dominik Kohr was sent off for the home side.

A 3-0 away win and the perfect start to their Europa League campaign. The 2-2 draw at Vicarage Road with strugglers Watford

A Tom Cleverley goal gifted to him by Arsenal and Sokratis, trying to be too cute from a goal-kick, had earlier brought Watford back into the game at 2-1.

The latter stages of the game is where we saw Emery's tactical naivety on full display. Despite holding a one-goal advantage, the Spaniard sent on the attacking-minded Reiss Nelson and Joe Willock. The substitutions left a vulnerable Arsenal backline exposed, and inevitably, Watford equalised via a Roberto Pereyra penalty after the Argentine was brought down in the box by David Luiz.

Watford's second didn't change anything as an end-to-end contest played out. Abdoulaye Doucoure spurned a golden opportunity late on to hand the hosts the victory, but Arsenal held on for a point.

It was an implosion and was a result that spurred on the #EmeryOut brigade. Down to ten-men, drawing at home to Aston Villa, free-kick on the edge of the Villa box, step forward Pierre-Emerick Aubameyang.

The ball placed in a central position on the edge of the 'D', Aubameyang and Pepe were the contenders.

With a whole host of players obstructing the view of Tom Heaton in the Villa net, Aubameyang stepped up and wrong-footed Heaton, with the ball passing through the swarm of players and into the bottom left corner. 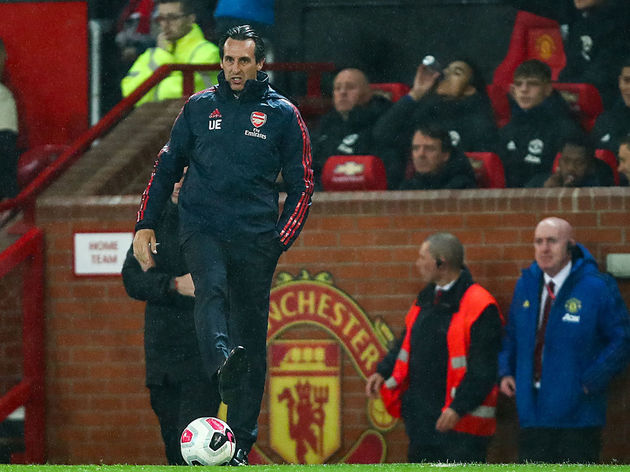 Six points from four very winnable league games isn't a great return for this Arsenal side.

We've seen them 'bottle' a two-goal lead at Vicarage Road, but also seen them show some character, coming from two down against Spurs and winning a tough encounter in Frankfurt.

Whilst the youngsters have shone, the veterans have let the side down once more with calamitous errors costing them on a number of occasions. Arsenal fans will be hoping that Pepe and Ceballos get going, whilst the returns of Kieran Tierney, Rob Holding and Hector Bellerin will be welcomed with open arms at the Emirates.

It's not all doom and gloom for Arsenal, but under Unai Emery, things won't be getting that much better.