​Arsenal have provided an update over the injury

midway through the clash against the Blues, and it quickly became apparent that the injury was more than a mere knock. Arsenal have suffered from a host of defensive injuries this season, with manager Unai Emery struggling to keep the same back line on the field for more than a couple of matches. 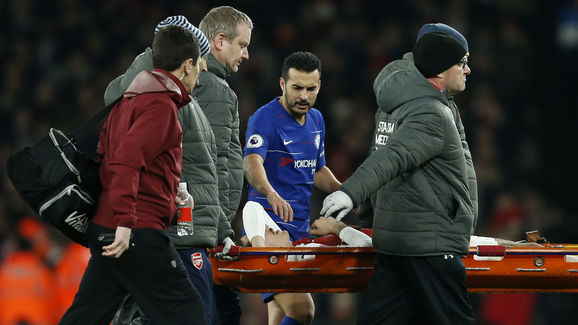 Thou shall bless us with his presence. pic.twitter.com/2h5nQhN6J2

The Gunners will be desperate to have Bellerin back as soon as possible, but it appears that he could be set to spend a good proportion of the remaining season on the sidelines. ​Arsenal's win over the Blues puts them back in contention for a top four finish, in what looks set to be an enthralling battle for Champions League qualification between a number of top sides.

Meanwhile, ​Emery insisted that his side shouldn't get carried away following their victory, and said he'd be taking it one game at a time. The former Paris Saint-Germain boss claimed he was delighted with the result, but outlined his intention for his side to play well with more consistency - especially in matches away from home.