​Arsenal manager Mikel Arteta is understood to be keen on striking a deal for Manchester City centre-back John Stones.

Arteta, who spent plenty of years working with Stones as Pep Guardiola's assistant at City, is on the lookout for a major signing to bolster his shaky defence. 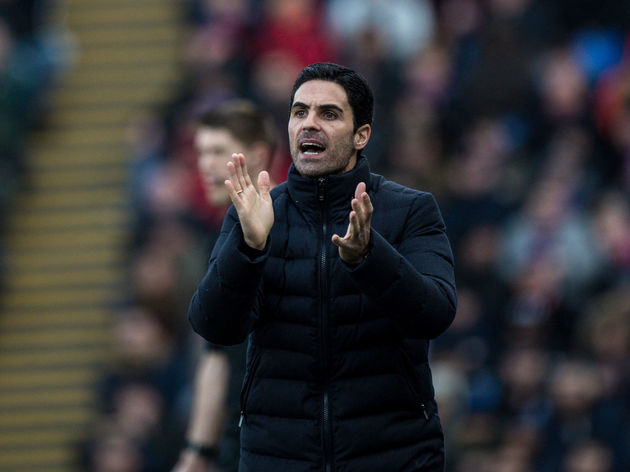 According to ​The Sun, the man Arteta wants to recruit is ​Stones, who is far from a first-team regular at the Etihad Stadium. ​City

As a result, Stones is believed to be keen to discuss a potential ​transfer to ​Arsenal and would even be prepared to seal a six-month loan to the Emirates Stadium if needs be.

The Englishman appears to have fallen behind midfielder Fernandinho in the pecking order, while 19-year-old Eric García has also earned plenty of opportunities at Stones' expense in recent weeks. That could tempt Arsenal into pursuing a deal. Their defence has been woefully inconsistent this year, with the summer addition of ​David Luiz not having the desired effect on the squad, so now they need to find someone else.

However, this deal certainly does not make sense from a City perspective. With Aymeric Laporte battling back from a serious knee injury, the club don't exactly have many centre-backs right now as they failed to sign a replacement for Vincent Kompany during the summer.

Guardiola is understood to want to add some more depth at the back, so there is almost no chance that he would want to part ways with Stones, even if he is not a regular in his starting lineup.

The boss recently admitted (via ​football.london) that Stones' fitness issues have stopped him from meeting expectations at the Etihad, and Guardiola is yet to figure out a way to improve things. “It’s difficult to reach the potential that he has, he has to be at the level to play regularly. The last three-and-a-half seasons he couldn’t do it," Guardiola said.

“It’s difficult to know the reason why. Sometimes when you have a tough injury, for example like Aymeric Laporte this season,

“That can happen. But, in the case of John, I don’t know.