As a gaggle of ​workers from the Woolwich Arsenal Armament Factory decided to form a football team in late 1886, little did they know that their after-work kick-about would be the foundations of one of England's most decorated and storied institutions.

After being spotted playing youth team football in Ireland, O'Leary signed as an Arsenal apprentice in 1973. Two years later and the Irishman had already been promoted to first-team duty. O'Leary was a picture of consistency in the heart of Arsenal's defence as he would make more than 20 league appearances for 17 consecutive seasons on his way to 722 overall.

After eight goalless appearances for the club and claims that he wouldn't be able to adapt to the English game, Thierry Henry opened his accounted by holding off his marker before spinning to curl the ball beyond Southampton's helpless Paul Jones. During two spells with the Gunners, Henry scored 228 goals in 377 games, a truly remarkable return for Arsenal's greatest ever goalscorer. 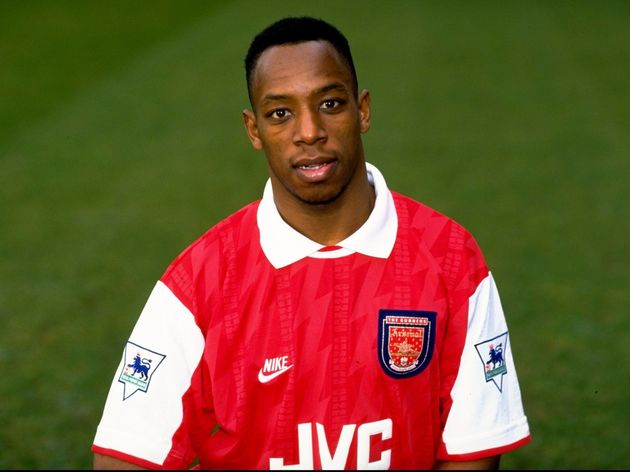 Between mid-September and the end of November Ian Wright (Wright! Wright!) could not miss. Despite the loss of the talismanic figure of manager George Graham in the midst of this streak, Wright found the net in 12 consecutive appearances for the club, scoring 16 goals in that time across three competitions.

In Herbert Chapman's sixth season with the club, arguably the most important figure in the history of Arsenal Football Club, the former Huddersfield Town boss guided the Gunners to their first ever league title, scoring an incredible 127 goals in just 42 games (more than three per match).

Yet, somehow, Aston Villa netted 128 in the same campaign, these remain the two highest ever goal tallies in English top flight history. 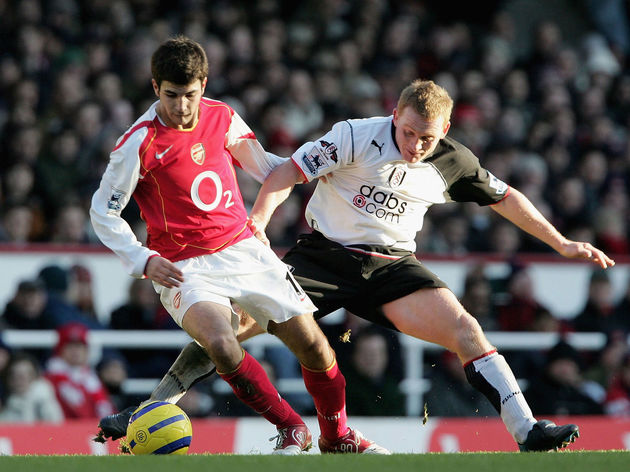 John "Jock" Rutherford may not be a name steeped in acclaim and legend among many Arsenal fans, but at the tender age of 41 years and 159 days, the former England international took to the field in a 1-0 home win against Manchester City as the Gunners went on to finish runners-up that season.

Arsenal's lowest ever finish came more than 100 years ago as they slumped to mid-table mediocrity in the second-tier. However, after two decades split between the First and Second Division, Arsenal would enjoy their first of 94-consecutive top flight campaigns following a suspicious promotion after World War I.

Arsenal smashed their existing record of £55m they paid for ​Pierre-Emerick Aubameyang 18-months prior to when they secured Pépé's services in the summer of 2019. After struggling to find his devastating form of last season, the Côte d'Ivoire international is beginning to show the Arsenal faithful why they parted with that record fee.

Surprisingly, Oxlade-Chamberlain's £40m move to Liverpool in 2017 remains the largest fee Arsenal have received for a player. At the time, this figure topped Cesc Fàbregas' £29.8m move to Barcelona.

Arsenal's first 12-0 win came in the FA Cup, just six years after their formation against Ashford United. They would only have to wait seven more years before they repeated the scoreline in the second-tier against a Loughborough side who won just a single league game that season.

In a lovely moment of symmetry, Arsenal's largest defeat came at the hands of the same opponents they would beat by a record scoreline four years later (see above). This historic loss fittingly came in their worst ever season.

“This is a love story for me - I will always support Arsenal for the rest of my life.”

When a bespectacled, gangly, Frenchman arrived in north London in September 1996, the appointment was met with much derision and scorn. Three ​Premier League titles, seven FA Cups, an unbeaten league campaign and an overhaul of English footballing culture later, not many have done more for Arsenal than Arsène Wenger.

For two and a half weeks, Pat Rice acted as caretaker for the club he had played more than 500 games for, after fellow caretaker Stewart Houston quit. Rice won all three of his Premier League games while at the helm by an aggregate scoreline of 8-1 before handing the reigns to Wenger.

Oddly, this record 'home' attendance didn't come at Highbury or the Emirates, but at Wembley, in a 1-0 loss to RC Lens. The home of English football was specifically Arsenal's home for ​Champions League fixtures for two seasons between 1998 and 2000.

Arsenal had a terrible record in the competition at Wembley, failing to make it out of the group stage in both seasons and losing half their 'home' games. The club had voluntarily opted to play there so as to double the attendance they could muster at Highbury - which, they would argue, worked.