There has been another twist in Arsenal's pursuit of a new sporting director, with Monchi looking likely to return to Spain rather than make his debut in English football.

For months it seemed inevitable that the Spaniard would join Arsenal after Sven Mislintat departed the club earlier in the season, and speculation only strengthened when the 50-year-old left his post at AS Roma alongside Eusebio di Francesco earlier this month. ​Arsenal have stayed silent on the matter, however, and where a reunion with Unai Emery once seemed likely, it now appears he could instead be rejoining the club at which they first worked together.

That's because ​Sevilla president Pepe Castro has publicly admitted that the club have made contact with their former head of youth and recruitment over a return to the club on a permanent basis.

If he joins, he will replace current sporting director Joaquin Caparros, who leaves his role for first-team coaching duties after the ​sacking of Pablo Machin earlier on Friday.

We can confirm that the Club has parted company with Pablo Machín. He will be replaced as First Team coach by Joaquín Caparrós until the end of the season.

We'd like to thank Pablo and his team for all their hard work at #SevillaFC.

Monchi is very receptive, we need a sports director for now. Caparros is in the first team, the talks are going well and going well for him to be appointed soon.” 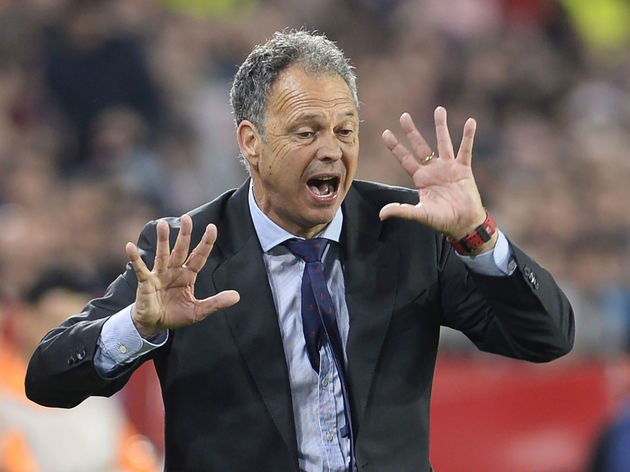 Whether or not Arsenal have been beaten to the punch, or they just weren't that interested to begin with is up for debate, but in any case it's looking increasingly like they will have to look elsewhere to fill Mislintat's shoes.