Arsenal are set to focus on signing players on loan in the January transfer window in order to bolster their ranks ahead of the second half of the season.

The Gunners spent a large sum of money in the 2019 summer transfer window, splashing out £130m on signings that include Nicolas Pépé, Kieran Tierney, William Saliba, David Luiz and Gabriel Martinelli.

Due to Arsenal's financial constraints, having not qualified for the Champions League since the 2017/18 season, Mikel Arteta will be forced to utilise the loan market if he is to strengthen his squad in January. According to ​Goal, the large amount of money spent last summer means the Arsenal boss will be unable to make any permanent signings in the January transfer window unless a player of exceptional quality becomes available.

Instead, Arsenal will look to bring in recruits on loan for the remainder of the 2019/20 season to provide Arteta with the strength in depth he needs for Arsenal to push for a ​Premier League top four finish.

Calum Chambers sustained a rupture to his anterior cruciate ligament in Arsenal's 2-1 defeat at the hands of ​Chelsea which will keep the 24-year-old out of action for up to nine months, prompting the Gunners' need to bring in a defender in January. 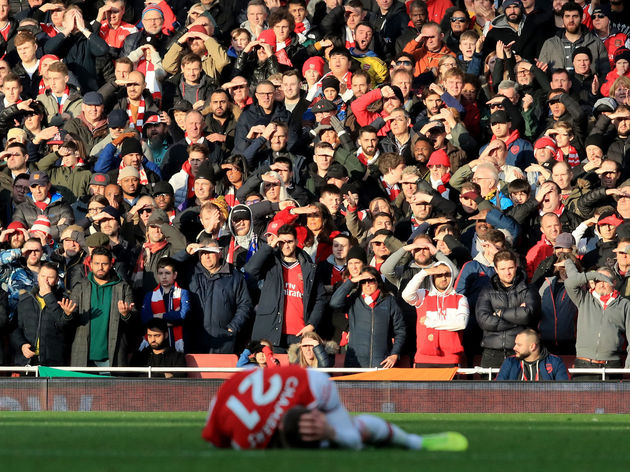 ​Arsenal are struggling with injuries at the back, with Héctor Bellerín failing to overcome a hamstring problem and Kieran Tierney out until March with a dislocated shoulder, meaning the north London club will look to bring in defensive cover.

One name being touted with a January move to the Gunners is Jérôme Boateng, who has fallen out of favour with ​Bayern Münich after a decline in form over the past two seasons, although it is believed members of Arsenal's hierarchy have concerns about the fitness of the 31-year-old.

Another centre-back target is ​Juventus' Merih Demiral, although the 21-year-old has been instrumental for the Old Lady in recent weeks and has finally started to feature under Maurizio Sarri, making a January loan move for the Turkish international unlikely.

However, following the unsuccessful six-month loan of Denis Suárez from Barcelona last season, the Gunners are only looking to sign players who are readily available to Arteta. The 25-year-old struggled to make an impression during his stint at the Emirates Stadium, claiming a pelvic injury prevented him from finding form under Unai Emery. When asked about possible targets, Arteta remained coy on speculation regarding January arrivals and departures from the club.

Speaking in his press conference after Arsenal's FA Cup third round victory over ​Leeds United, the Spaniard reiterated: "