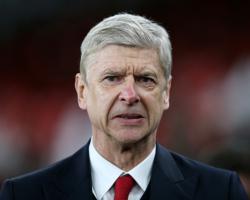 Arsenal manager Arsene Wenger said: "He's not only a goalscorer, he's a guy who combines well with partners, who can give a final ball and makes good runs

"He's got a good eye for goal and had an outstanding season last year."

He joined Deportivo in 2014, initially on loan.

Valencia's Germany defender Shkodran Mustafi is a summer-long target and a ÃÂ£30m deal is reportedly close.

Speaking last Friday, Wenger denied Lucas was a panic buy, but welcomed comparisons with Jamie Vardy, the Leicester striker the Frenchman tried and failed to lure to the Emirates Stadium earlier in the summer.

"He is a late developer, he played in a different position," Wenger said last Friday.

"He moved centrally in a successful way

I think he has good link up qualities, good finishing qualities

Let's see if we can finish the job."

When comparisons to Vardy were mentioned, Wenger said: "Yes, I like that one."