​Liverpool midfielder Adam Lallana is the subject of interest from four Premier League clubs as his time at Anfield begins to wind down, with Leicester, Arsenal, Tottenham and West Ham all said to be ‘monitoring’ the 31-year-old’s situation.

Lallana is out of contract at Liverpool in June, making him available as a free agent ahead of next season, and is considered likely to weigh up his options once the campaign finishes. The Daily Telegraph writes that ‘no formal discussions’ have taken place as of yet, with Lallana very much focused on his role, albeit a fringe one, in Liverpool’s hunt for trophies.

But the newspaper explains that signing an extension on Merseyside is unlikely and that Leicester, Arsenal, Tottenham and West Ham are the club keeping an eye on developments.

The Foxes, Gunners and Spurs in particular could offer Lallana the chance to stay near the top of the table and is suggested that the player will basically ‘have his pick’ of the best on offer.

Leicester are billed as a very realistic option. The 2015/16 surprise champions have broken back into the upper echelons of the Premier League table this season and Lallana’s relationship with Brendan Rodgers, the man who signed him for Liverpool in 2015, could be a factor. Leicester also play an attractive brand of football and are likely to be able to offer Champions League football, something which may put them ahead of both Arsenal and Tottenham.

West Ham, meanwhile, are fighting simply to stay in the Premier League after slipping into the relegation zone in the latest round of fixtures. Yet despite a lack of competitiveness compared to others, a more guaranteed first-team role would be easier to come by in east London.

Lallana was arguably Liverpool’s best creative player when he first joined the club and had a strong 2016/17 campaign, before hamstring problems ravaged his 2017/18 season.

Cruelly for Lallana, it was during his long-term absences that Jurgen Klopp’s project began to really take off and by the time he returned to fitness he had been somewhat left him behind. 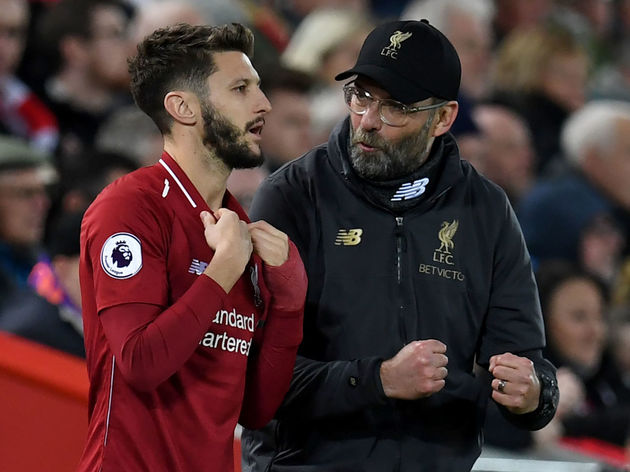 These days very much a back-up, he started only five Premier League games in 2018/19 and has been involved only three times from the start in the league so far in 2019/20.