Arsenal staff and players alike are reported to have been heavily impressed by the changes made by Mikel Arteta at the club, in the early days of the Spaniard's return.

Arteta left Manchester City's coaching staff to re-join Arsenal before Christmas, and although results have been somewhat inconsistent, there have been clear signs of improvement under his tutelage.

A 1-1 draw with Bournemouth in his first game on Boxing Day preceded a collapse against Chelsea that saw ​the Gunners fall to a 2-1 defeat, but New Year's Day saw them pick up their first home win since October, as they ​convincingly brushed Manchester United aside by two goals to nil.

✅ First win as our head coach

Things seem to be slowly coming together for the 37-year-old, and that is backed up by a report from ​The Mirror that claims both the players and existing staff have been 'blown away' by the training methods implemented and general changes made by the highly-rated coach.

Though there is little detail given on what exactly has changed, Arteta is believed to have upped the intensity to get his players working harder during matches, something that was evidenced in the victory over ​United.

When asked if he feels the players have responded to his methods so far following that win, Arteta was optimistic. 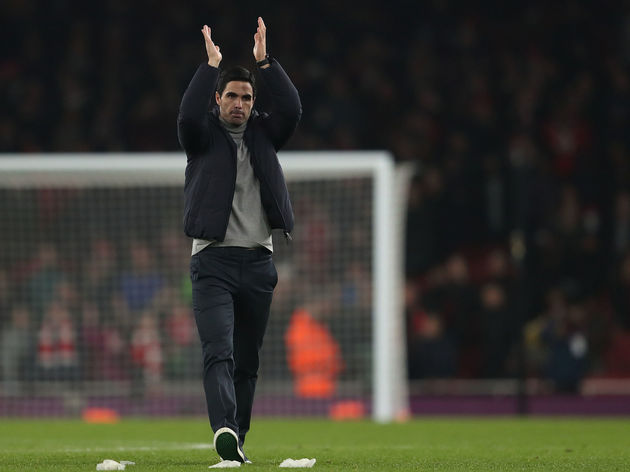 "I said to them 'without you guys I won't be able to do it.' You have to open the door and believe I can bring some thing different to the club," he said.

"We need all the staff to believe as well and if we do that day by day, it will take a long way and the process will not be easy and there will be ups and downs, but they bought into this.