Despite her incredible numbers in front of goal, Miedema has earned praise in the past for her unselfish view on scoring, insisting in an interview last year that she is ‘not bothered about scoring goals at all’ and would rather win trophies as part of a team. Yet there is no escaping the fact that Miedema is arguably the best striker in the global women’s game right now. She scored 31 times in all competitions for Arsenal last season, setting a new WSL single season record in the process by netting 22 in 20 league appearances.

At international level, she has plundered 69 goals for Netherlands and is already the country’s all-time leading scorer. And she’s only 23.

When 2019/20 was put on hold as a result of the coronavirus pandemic, Miedema was joint leading WSL goalscorer on 14 goals, with another seven games left to play – if the season resumes. That tally includes a double hat-trick against Bristol City, an outing in which she also got four assists - she leads the WSL in those as well.

“I’ve never really been a ‘nine’, I’ve always played as a ’10’,” she told Gunners legend Ian Wright in a feature for adidas London x Arsenal. 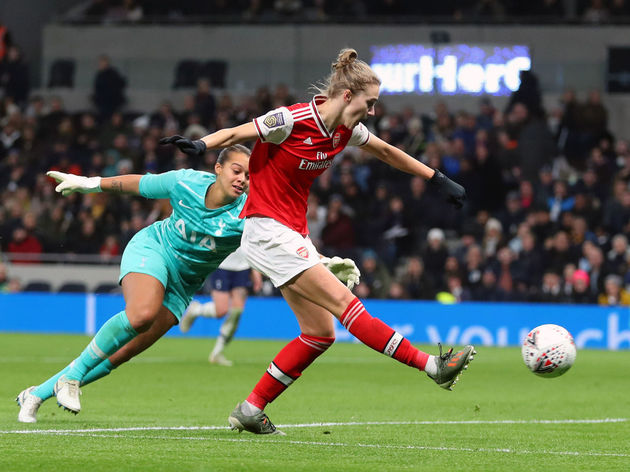 “Probably the last four seasons, I’ve become more of a ‘nine’, but I just how I grew up playing, I love assisting people, I love to be part of the game, I love to have the game in front of me as well. I think it’s because maybe I’m not a [natural] ‘nine’ that I don’t really have that feeling.”

But while she still wants to be a more all-round player, Miedema acknowledges that taking on more of that ‘number nine’ mindset is something she could still develop.

“Sometimes I think I should be a bit more selfish and just go for it. I enjoy scoring goals, I’ve always done that and I’ve always wanted to score goals. But it was like, if I didn’t score a goal for one game but assisted three goals, I was happy,” she explained.

“Sometimes the girls do say to me, ‘Be a bit more selfish. Just got for goal there instead of playing it’. That’s probably something I’ll have to develop in the next couple of years.”

As things stand, Miedema, her Arsenal teammates and the rest of WSL are waiting for the season to continue – no games have actually been played since February as the coronavirus suspension hit following the end of an international break. 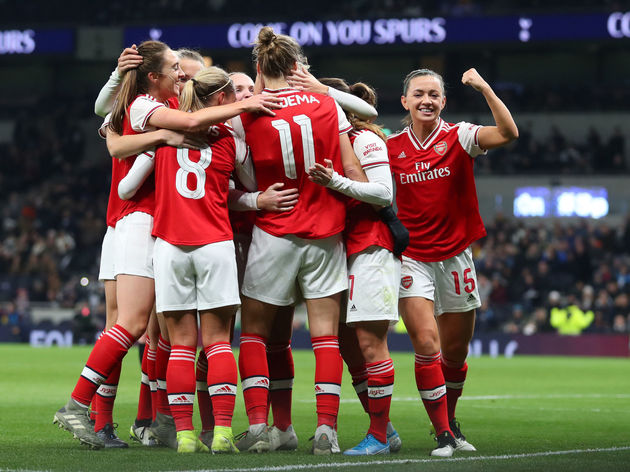 The Gunners are reigning champions after storming to the title in 2018/19, but find themselves third this season, four points adrift of leaders Manchester City, albeit with a game in hand. Second place Chelsea, meanwhile, are the team most in form after a blistering run.

“Right now, we’re not actually that busy thinking about what Chelsea are doing. It’s just hoping that the league can actually start again and it’s the same for everyone to go again. Obviously from there, I still hope Chelsea and Manchester City slip up.”