​Arsenal are ready to accelerate their pursuit of Celtic star Kieran Tierney and are expected to lodge a bid of around £20m in the near future.

The 22-year-old has been one of Scotland's standout performers in recent seasons and has recently been tipped to make the move to the Emirates Stadium to add some much-needed depth in defence. According to the ​Daily Mail, ​Arsenal boss Unai Emery is a huge fan of Tierney and sees him as the perfect signing to help them bounce back from their torrid end to last season.

The Scot is contracted to Celtic until the summer of 2023, and it is thought that it would take an offer of around £20m to convince them to part ways with one of their brightest prospects. Arsenal are expected to lodge a bid imminently.

The Gunners currently have just Nacho Monreal and ​Sead Kolasinac as senior left-backs, and it is widely believed that strengthening in the position is one of Emery's top priorities for the summer, as he prepares for another season without ​Champions League football. 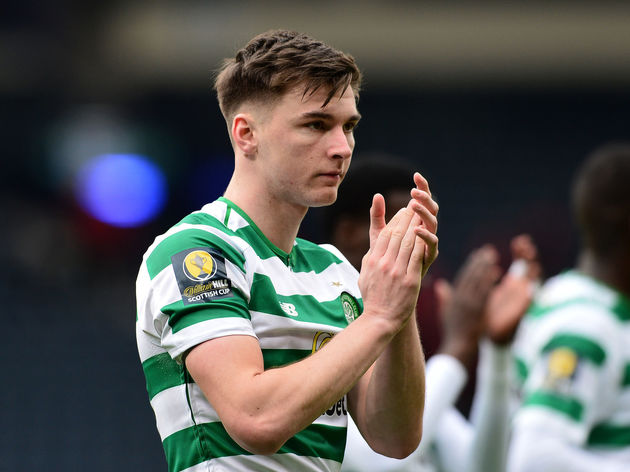 Their inability to stop conceding goals ultimately cost them a place in the top four last season, while they were comprehensively beaten 4-1 by rivals ​Chelsea in the Europa League final, and Emery is ready to do whatever he can to ensure the same thing does not happen next season.

Last season, Tierney managed 40 appearances for Celtic in all competitions, racking up six assists as he established himself as one of Europe's most exciting left-backs.

Convincing Tierney to make the move away from Celtic may not be straightforward, and the 22-year-old is thought to be keen on spending his entire career at Celtic Park to become a club legend.

However, having seen ​Liverpool's Andy Robertson develop into one of the world's finest after leaving Scotland in 2014, Tierney may be tempted by the allure of a top ​Premier League side.