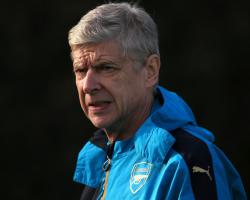 Egypt international Elneny has been linked with a move to the Emirates Stadium since before the transfer window opened.

But the deal is yet to be completed, despite Basle confirming the 23-year-old had missed recent training sessions to seal the transfer.

Addressing the media ahead of Arsenal's FA Cup third-round clash with Sunderland, Wenger admitted there are one or two snags.

"It is complicated a little bit," he said

"I don't rule out anyone else, but he will be at least one of the signings that comes into an area where we are short at the moment."

Wenger also said reports the club were looking at signing Watford striker Troy Deeney were wide of the mark, as was speculation linking Alex Oxlade-Chamberlain with a move to London rivals Chelsea.