Miedema has scored in each of her last six WSL appearances for Arsenal, netting an incredible 13 times in those outings alone. The run has included a spectacular double hat-trick in Arsenal’s record 11-1 annihilation of Bristol City at the start of December. 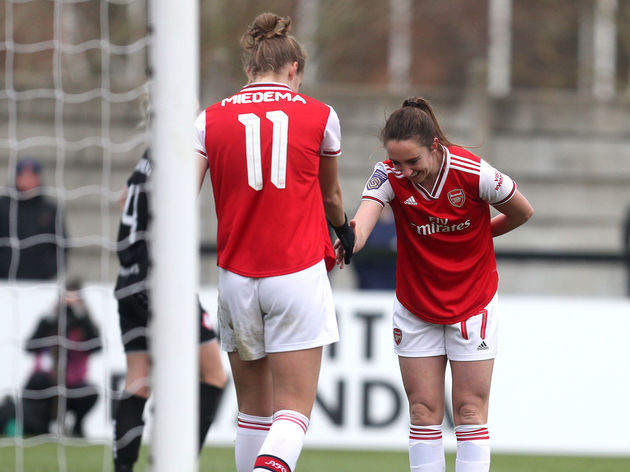 The current WSL record for scoring in consecutive games stands at seven and is held by Miedema’s Arsenal teammate Beth Mead, from her days at former club Sunderland in 2015.

It is extremely difficult to see the Dutch international not scoring and failing to equal that record when Birmingham visit the Gunners at Meadow Park this weekend. That is because Arsenal are expected to win, and when Arsenal win, Miedema’s goals are usually a reason why.

The Gunners are currently on a run of six consecutive WSL wins stretching back to October. They have also won nine in a row at home, which is already a WSL record, and have only been beaten once by Birmingham in the last 10 meetings between the clubs. What’s more, the Blues are win-less in each of their last five away trips to Arsenal and have lost all of the last three.

Miedema has 14 WSL goals to her name this season and is the league’s leading scorer by some distance. She is already a safe bet to retain the PFA Players’ Player of the Year award she won last season and could well scoop the FWA version she was beaten to by Nikita Parris.

The 23-year-old already holds the record for most goals in a single WSL season, set last season when she scored 22 times in 20 games. That record is on course to tumble in 2019/20 as well.

This is a player who is genuinely world class, having fifth in the 2019 Ballon d’Or Féminin and sixth in The Guardian’s 2019 list of the top 100 female footballers on the planet, although she is famously disinterested in individual accolades and revelling in the limelight.