Xhaka had an unsavoury run-in with Arsenal fans in October when he responded to heckles with foul language as he substituted against Crystal Palace. By his own admission, the player had reached ‘boiling point’ as a result of abhorrent online abuse towards him and his family. He hasn’t played since and Gunners boss Unai Emery opted to remove the 27-year-old from the squad’s leadership group, seeing the armband now go to ​Pierre-Emerick Aubameyang.

The ​Daily Mail report that Xhaka's preference is to leave the club instead of trying to make amends, and ​Arsenal's search for a suitor is already underway.

A return to the ​Bundesliga is seen as the most likely destination for the midfielder, who joined the Gunners from Borussia Monchengladbach in 2016, and the club hope that they will receive a fee near to the £30m they paid for Xhaka. 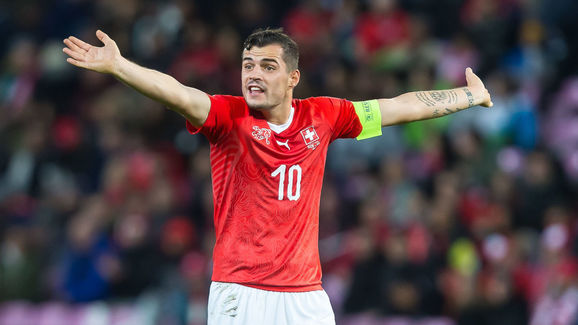 In the mean time, Xhaka has continued to train, but The Times report that he is increasingly concerned a lack of club games will have a detrimental effect on his chances of playing for Switzerland at Euro 2020, and could ask for a transfer regardless of Arsenal's decision.

He has been Switzerland captain since last year, but there appears to be no guarantee that he will make the squad next summer if he has been out of action for several months, avoidably so.

The Times adds that ​Newcastle could make an ambitious offer for the midfielder. Magpies boss Steve Bruce is said to be a ‘big admirer’ of Xhaka and the club could pursue a deal, even if it is only a short-term loan until the end of the season. That could suit all sides as Arsenal could move on a player that has been frozen out until they are better able to sell in the summer. Newcastle would better be able to afford the deal as a loan as paying all of Xhaka’s £130,000 weekly wages is likely to be too much. The player himself, meanwhile, would benefit from regular ​Premier League football in the run up to the Euros.

In the wake of the Crystal Palace incident, Xhaka is believed to have been offered counselling services by Arsenal, while teammates are thought to be privately supporting him.