​Arsenal and Tottenham are interested in snatching Marcel Sabitzer away from RB Leipzig, who has impressed both domestically and in Europe this season.

The 25-year-old took centre stage for Die Roten Bullen during their dismantling of Tottenham Hotspur in the Champions League last 16, scoring twice in the return leg to seal a 4-0 aggregate win.

The Austrian's brace took his goal tally for the season to 15 in all competitions, with seven assists also to his name. His form, almost inevitably, has now led to speculation in Italy that suggests a move away from the club could be in the offing - with two ​Premier League clubs reportedly interested.

​Calciomercato claim that Arsenal and ​Tottenham, wounded but clearly impressed by what they've seen, are said to be admirers of Sabitzer's ability and are keeping a close eye on his progress.

There's very little given away in terms of detail - none in fact - so there's every reason to doubt the legitimacy of the Italian publication's claims. But there is no disputing that the 25-year-old has been one of the standout players of the season so far, helping Leipzig achieve great things both at home and abroad.

The report goes onto suggest that the 'list of his suitors is destined to grow from here to the end of the season' which, in truth, probably isn't too far wide of the mark. But it also doesn't give a lot of insight or help into identifying who else may be interested in signing Sabitzer, nor does it quantify if any of Europe's so-called elite consider him to be a target. 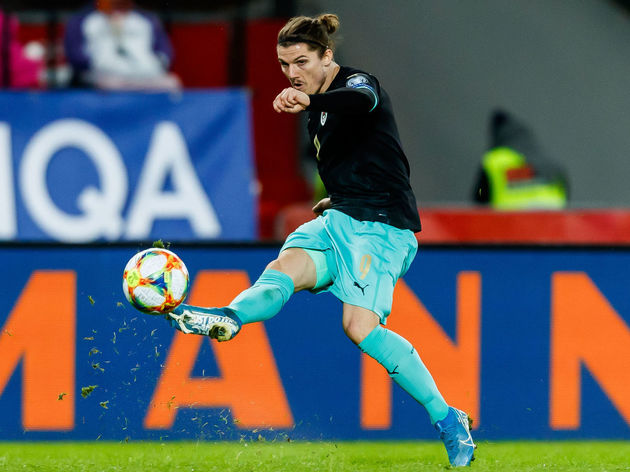 In terms of his career to date, Sabitzer has been a member of the Red Bull family for a number of years, and joined Leipzig from sister club Salzburg - who he scored a truck load of goals for during the 2014/15 campaign - almost five years ago. He cost just £3.5m at the time, and is now closing in on 200 first-team appearances for the Germans.

He's also an established international for Austria, with 42 international caps under his belt. Any potential move may be thwarted, however, by the ongoing coronavirus threat, which looks likely to grind world football to a halt for weeks, and possibly even months.