The 19-year-old is rapidly becoming one of the most exciting young prospects in Portuguese football, and was the joint top scorer for his country at last summer's Under-19 European Championship. 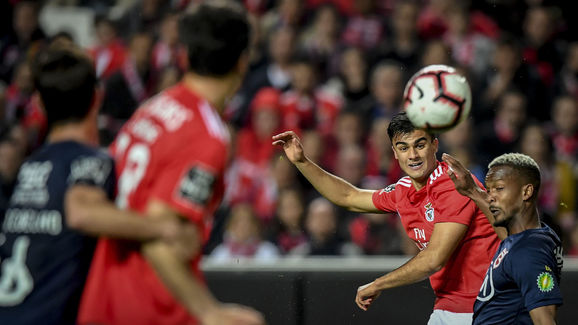 According to the Telegraph, Filipe, or 'Jota' as he is most commonly known, has attracted the interest of both north London sides, who could acquire his services for a relatively cheap €30m when the next transfer window opens.

The report claims ​Spurs sent a scout to see him in action for the Benfica senior team last Thursday, as they look to bolster their frontline for next season.

The Portuguese league leaders are set to have already rejected bids below the release clause for their starlet, and they may look to extend his current contract beyond 2022 - allowing them to ramp up his release clause. This would certainly dampen the interest in the teenager, at a time where a number of their top players are being monitored by elite European sides. Prodigious forward ​João Félix is said to be on the radar of both Manchester United, Barcelona and Real Madrid, while​ Liverpool are believed to be hellbent on signing defender Ferrostrengthen