​Arsenal and Tottenham have both seen proposals for Thomas Lemar turned down by Atletico Madrid, who are demanding a fee in the region of

That was the price Los Rojiblancos paid to bring him to the Spanish capital in 2018 and the club are set on recovering most of the money spent on luring him away from Monaco. They plan to use the revenue generated from Lemar's sale to purchase a new striker.

The Frenchman endured a frustrating debut season in Madrid, with coach Diego Simeone admitting Lemar has 'failed to live up to expectations' during the first 18-months of his Atleti career. It has appeared increasingly likely that the 24-year-old will leave Wanda Metropolitano in the near future, but ​AS claim his price-tag is discouraging interested parties.

​Arsenal are long-term admirers of Lemar, yet neither they nor ​Tottenham are willing to meet Atletico's current valuation, with the World Cup winner's hamstring injury further complicating matters.

The pair are considering whether to up their offers, with Los Rojiblancos doing their part to improve negotiations by enlisting the help of Portuguese agent Jorge Mendes, whose presence may give ​Wolves an advantage in the race for the forward.

Mendes - who also represents Lemar - has close contacts at Molineux, and it's understood the Midlands outfit are open to the idea of brokering a deal with Simeone's men. 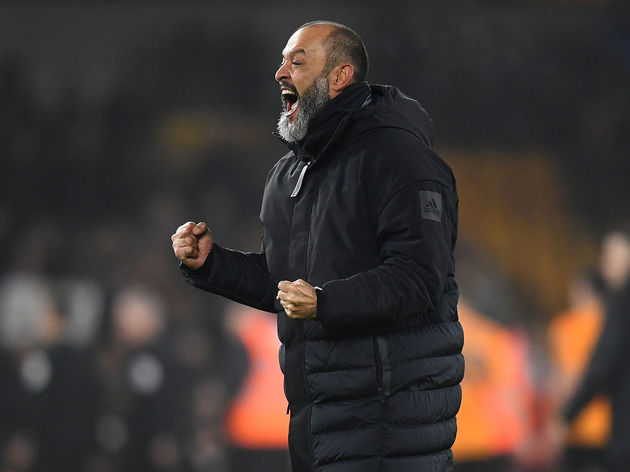 Additionally, there have been rumours ​linking Chelsea with a move for the wideman, the ​Blues having allegedly been offered the chance to sign him ahead of their London rivals.

Lemar is yet to register a goal or an assists in the league this campaign, and his fitness struggles have cast doubt over how useful he would be in the closing months of 2019/20, making it difficult to imagine him departing Madrid this month.

Atletico's demands are too steep for another club to take a gamble midway through the season, but there's still plenty of reason to think he'll move on in the summer, when time constraints won't be quite so troublesome.