Arsenal Transfers: 6 Strikers the Gunners Could Realistically Target This Summer

Your guess is as good as ours in anticipating what might happen to the impending summer transfer window. Given no one really knows what the immediate future is for top flight football, the transfer period is rightly on the back-burner for the time being.

Nevertheless, Arsenal's head coach Mikel Arteta has recently suggested that he and the club are preparing themselves for several different scenarios if and when the transfer window opens.

It is Arteta's first summer window at the helm, and he will be chomping at the bit to make it a fruitful one. The squad has plenty of room for improvement with So, let's start at centre-forward. Arsenal are going to sign a striker in the summer, surely?

Well. There is of course the slight issue of ​Pierre-Emerick Aubameyang's uncertain future to consider, and the signing of another frontman will largely depend on whether he remains at the club.

In any case, here are six centre-forwards that could realistically end up at the Emirates if circumstances force the club to dip into the transfer market for a brand new centre-forward... The Canadian is only 20-years-old, but his impressive goalscoring exploits for Belgian side Gent have transformed him into one of Europe's most promising young centre-forwards.

And, unsurprisingly, Arsenal ​aren't the only club credited with interest in securing the young man's signature. Barcelona, Bayern Munich and Liverpool all have their eyes on him. Back off lads, the Gunners have first dibs!

So far this season, he's notched 23 goals and 10 assists in 40 appearances across all competitions. Yes, a number of them have been scored in the Belgian league, but for a 20-year-old playing only his second top flight campaign, the numbers are very impressive.

He's now a full Canada internationa and has 11 goals in 12 appearances. It appears David is already a natural goalscorer and is certainly an attractive transfer prospect for the Gunners if they need to shake up their forward line. 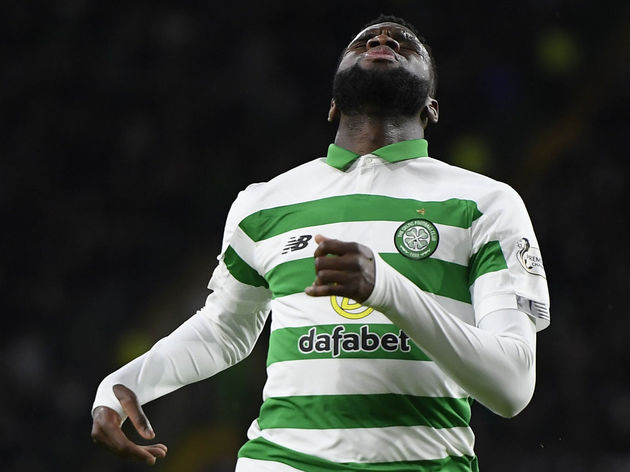 The former PSG frontman has enjoyed an excellent couple of years since moving to Scotland. The 22-year-old has had another stellar season in front of goal this time out - he's netted 28 times in 45 appearances across all competitions.

One season wonder? Nope. He also passed the 20 goal mark last season - 23 in 52 games. Not bad at all, and it's now clear to see why Celtic smashed their transfer record to bring him to the club in the summer of 2018.

To be fair, he only commanded a £9m fee at that point, but 62 goals in 126 appearances, a couple of league titles and a growing international reputation later, the Frenchman is proving a ​tantalising prospect for potential suitors.

He appears somewhat of a 'landable' target for the Gunners should they be in the market for a direct replacement for Aubameyang. Apparently Mikel Arteta thinks Jovic is the guy to 'confidently' lead Arsenal's frontline, and fulfil the role of 'target man'. Just ask his current club what they think of him...

Well, ​Real Madrid appear they don't really fancy the man they shelled out a whopping £52.4m on last summer. He remains Karim Benzema's backup, and has managed just two goals in 24 appearances this season.

Still, the Serbia international remains 22-years-old, and talk of a loan deal may prove a promising proposition for the Gunners, who are always seeking to 'outsmart the market'.

They took Dani Ceballos on loan from Real last summer - whose to say they won't go back, but this time, for a shiny new number nine? Wait! Hear us out on this one! It might just make enough sense to be considered a realistic move for ​Arsenal to make. He's by no means going to be the future of Arteta's attack. But...

Giroud's contract at ​Chelsea is up come the end of the season. He remains a player whose contribution is useful to a side competing for a place in the Champions League. Could Arteta squeeze out the last valuable drops the Frenchman has to offer?

If the Gunners end up in desperate need for an experienced pair of hands to keep them ticking over for a short period of time, surely a move for Giroud wouldn't be completely out of the question? In November, Boadu became the first player born in the 21st century to play for the Netherlands national side. Naturally, he scored on his full debut too.

The 19-year-old has been banging them in for AZ Alkmaar in the Eredivisie. 20 goals in 38 appearances across all competitions - for a teenager, it's not a bad return.

And Boadu would certainly be a player whose profile aligns with the type of signing Arsenal are looking to make moving forwards. He's got potential to develop, he's not yet out of the club's price range, and Europe's heavyweights won't be prioritising him until he makes his major breakthrough.

If he's a guy Arsenal want, they ought to make the move sooner rather than later. In a similar vein to Giroud, Dries Mertens is perhaps more of a wildcard suggestion. But, there are attractive aspects in pursuing such a deal which make it somewhat of a realistic proposition.

First, his contract is up at ​the end of the campaign, which means he'll be joining on a Bosman. Second, he's an experienced, reliable, and seasoned goalscorer. Third, if we require a short-term fix to help fill Aubameyang's void, the Belgian international would go some way to do just that.