A long-range strike from Granit Xhaka in the first half and a penalty from Pierre-Emerick Aubameyang in the second were enough to hand Arsenal all three points, helping the north Londoners leapfrog the Red Devils into fourth. 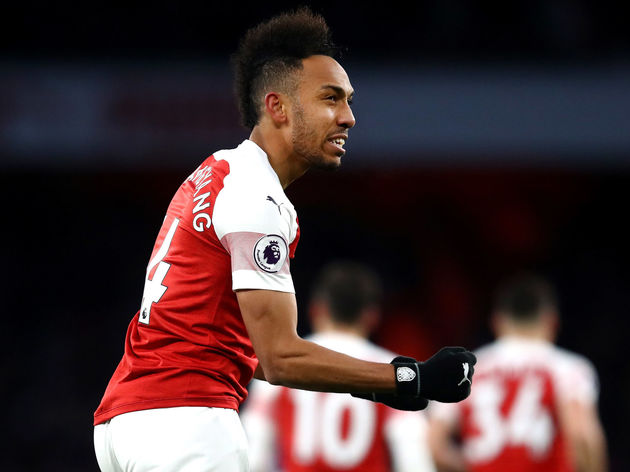 In the aftermath of the Gunners' victory, the club's ​Twitter went into overdrive, posting a series of tweets taking aim at United's appraisal of manager Ole Gunnar Solskjaer and revelling in the club's own success.

Since the appointment of the Norwegian back in December, the Red Devils have been in impressive form, with fans of the Old Trafford club adapting the Stone Roses' Waterfall to Solskjaer.

"…and then the very next weekend we got another penalty - and lots of strikers wouldn't do this - but Auba stepped up again... and this time he gave us the W over United" #ARSMUNhttps://t.co/92Pyfzow7k

The song has become somewhat of a theme to ​United's revival under the former Cardiff City boss, with both fans and players alike taking up the opening line of 'Ole's at the wheel' as a slogan.

But after seeing Gunners boss Unai Emery lead the side to a 2-0 win, Arsenal's Twitter account modified the United fans' lyric to read 'Unai's at the wheel....'.

The Gunners also fired back at ​Jesse Lingard's Instagram comments that the Emirates Stadium was his 'dancefloor', after the England international's dance celebrations at the ground in previous clashes.

Following a video posted by the club with Alexandre Lacazette doing his trademark jig to the caption 'steppin' out onto our dancefloor', ​Arsenal star ​Mesut Ozil also appeared to mock Lingard.

With Sunday's victory, Unai Emery's side remain on course for a spot in the ​Premier League's top four, and a place in next year's Champions League.