Arsenal have issued a second bid to Celtic for full back Kieran Tierney in the hopes of landing the defender this summer, after their initial bid of £15m was rejected.

Tierney has played 170 games for Celtic since graduating from the club's youth system in 2015, registering eight goals and 37 assists in that time, and is a 12-cap Scottish International following his debut in March 2016 against Denmark. 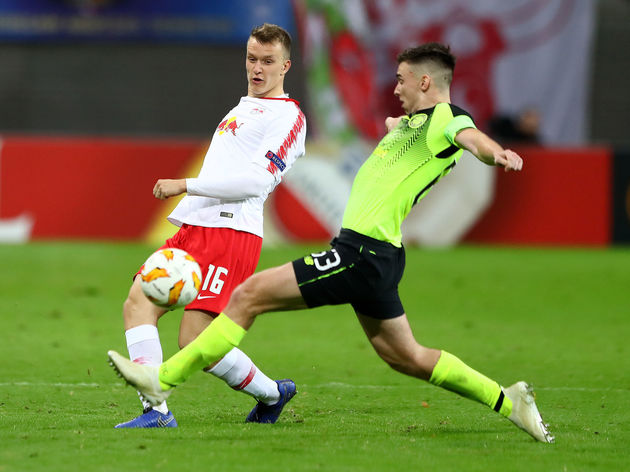 His performances this season have garnered attention across Europe, with Everton and ​Napoli also interested, however only the ​Gunners have put their money where their mouth is thus far.

According to reports from the Times, Unai Emery's side have indeed upped their offer with this second bid, though it is still understood to be short of the £25m the Scottish champions are after.

Should that figure be reached, it would overtake the Scottish champions' current record transfer haul - the £19m paid by Lyon for Moussa Dembele - by £6m.

Pivotal to Celtic's negotiation tactics is the £55m fee ​Manches​ter United are willing to pay for Aaron Wan-Bissaka, who is yet to play for his national team and has just one full season in the top flight under his belt.

In contrast, Tierney has already captained both his club and his country at the tender age of 22, and has 41 European appearances to his name, nine of which have come in the Champions League group stage. Further strengthening their position are the four years the left back has left on his current deal.

A deeply versatile player, Tierney can also play in both centre back positions, as well as further up the pitch in left midfield if need be. Thus, with nine players (including loanees) already departing Neil Lennon's side this summer, it is likely they will only allow Tierney to leave for the fee they have set.