​Arsenal host BATE Borisov in the second leg of their round of 32 clash, with the game shaping up to be one of the most important of the Unai Emery era so far.

It was a nightmare first leg in Belarus for the Gunners, who now face an uphill battle in north London against a BATE side who astonishingly nicked the first leg by the odd goal.

Emery's Arsenal lacked creativity throughout the first leg and although they finished with 71% possession, they never truly tested the Belarusians' defence.

We've got it all to do at Emirates Stadium #UEL

With securing a fourth place finish in the Premier League looking tough following Manchester United's resurgence, Emery may see winning the Europa League as a more viable route into next seasons Champions League.

Arsenal will be without Alexandre Lacazette following the straight red card the Frenchman received for an elbow in the first leg. 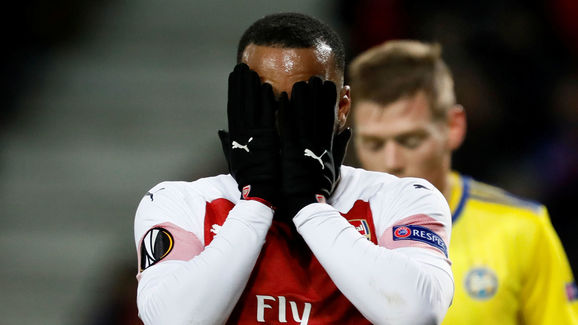 Mesut Ozil, who has spectacularly fallen out of favour this season, has been suffering from an illness lately but with the Gunners lacking any creative spark in the past few weeks, he could finally get a chance to impress after recovering

Aaron Ramsey is unlikely to play due to an ongoing knee problem, while 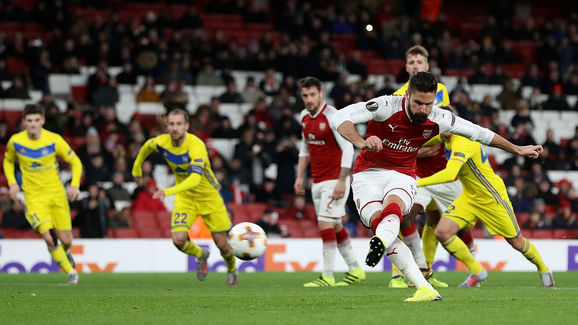 priorcruising to a 6-0 win at the Emirates Stadium.

With the Belarusian league in its close-season, Alyaksey Baha’s side's last outing before their victory over Arsenal was in the final game of their Europa League group stage in December, when BATE won 3-1 away to PAOK. Recent wins against Cardiff and Chelsea have shown the Gunners have confidence in their abilities at home, though a cup defeat to Manchester United will still see embedded in the players' recent memories.

Here's how the teams have got on in their last five fixtures.

With Champions League football up for grabs, Arsenal simply have to win. The home crowd will become agitated though if the Gunners start off slowly, so an early goal is vital. The pressure Arsenal will be under may offer an insight into how they deal with pressure under Emery, with their season perhaps hinging on whether or not they can overturn the deficit.

But despite their lack of creative spark, coupled with the absence of Lacazette, the Gunners should have enough to turn things around - though it could turn out to be a very close call.