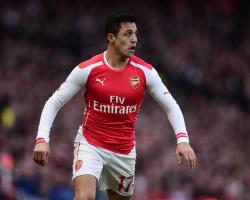 Arsenal V Liverpool - view commentary, squad, and statistics of the game live.Wenger focused only on formArsenal manager Arsene Wenger has challenged his players to focus on sustaining their own fine form rather than dealing a potentially fatal blow to Liverpool's Champions League qualification ambitions at the Emirates Stadium on Saturday.The Gunners resume domestic duty looking to make it seven successive Barclays Premier League victories, a run which has fired them back up to third place, and just a point behind Manchester City.Liverpool, meanwhile, are fifth following a home defeat by Manchester United before the international break, with leaves them five points short of the top four.Wenger, though, intends to take things one target at a time, with a belated title bid not theoretically out of the question should Arsenal's superb run continue."I am not too much in mathematics now, we do that after the game

What is important for me is just for us to win the game and produce the performance," said Wenger."At the moment I am in front of a game like that and I just want to make sure we have a quality performance and have a continuity of what we produced recently."You know after the international break it is always important that you come back and straight away you are on it."Wenger added: "Every year it (the race for the top four) is different and every year you have a new problem."We are at the moment in a strong position, there is an opportunity to strengthen it, and that's what we want to focus on."Arsenal host Chelsea on April 26 and heading into the Easter fixtures, the Blues hold a six-point lead over City with a match in hand.Wenger accepts it would take a significant swing to turn the odds back in Arsenal's favour."What is mathematically possible you have to try to achieve, but that doesn't depend only on us," said Wenger, who is set to check on the match fitness of Danny Welbeck, who returned from England duty with a knee problem."What does only depend on us in the final run is our performances and our results, so let's focus on that."After that if everything goes for us, you never know, but you can only master your own performances so let's focus on that and be realistic and continue to earn the right to win the games

That's what we want."Wenger added: "We have the aspiration to win the next game and that is quite good enough, then after that, win the next one."Liverpool manager Brendan Rodgers accepts his side cannot afford not to turn up in another big game if their top-four ambitions are to survive.Prior to the international break the Reds' 13-match unbeaten league run was ended at home to Champions League-chasing rivals Manchester United, leaving them five points adrift of the qualification places.Defeat at third-placed Arsenal would be a huge blow to their aspirations of returning to Europe's elite for a second successive season.Rodgers knows they must avoid a repeat of the disappointing first-half display against United which led to their defeat."We've made it difficult for ourselves because of our last performance and result, but it's certainly achievable," he said of their top-four chances."Over the course of the last three months, apart from the last game, we've performed very well and we have got results."I think people might look at it (the trip to Arsenal) as a must-win game

For me, it is a must-perform game, we want to perform well and we know that when we do that we've got every chance of winning, whether that's at home or away."We've had a long two weeks, it's probably one of the few games where after the international break we've had to suffer a little bit, because we didn't perform and lost, but there is extra motivation there to get something from the game and that is something that we clearly want to achieve."These final eight games are going to be exciting games and there is still every possibility for us to make the top four."