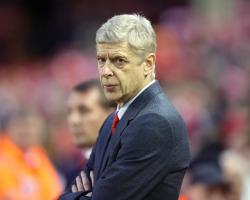 Arsenal V QPR - view commentary, squad, and statistics of the game live.Wenger has Christmas wishArsene Wenger has urged his Arsenal team to use their Christmas fixtures to prove they are in a false position in the Barclays Premier League.The sixth-placed Gunners face QPR on Boxing Day and then travel to West Ham and Southampton, clubs who sit directly above them in the table and rivals for Champions League qualification."We have to make sure that over Christmas we take advantage of the schedule we have and put the performances in," Wenger said."We have a good opportunity over Christmas to show that we are much better than people think we are."Every team has difficult games, so it is the consistency in that period that will matter."QPR have yet to register an away point this season, but Wenger refuses to take victory at the Emirates Stadium on Friday for granted."We expect a QPR with nothing to lose

They will come and have a go at us," Wenger said."You focus on your own performance and don't expect any weakness from your opponent

In the Premier League every game is difficult and you just want to turn up."We played QPR two years ago and they were very difficult games

West Ham at the moment are in very good shape."We go away to Southampton, which is a very difficult as well

Again, it's down to our performances."Arsenal will welcome back playmaker Tomas Rosicky and goalkeeper David Ospina after they recovered from thigh problems.Laurent Koscielny (calf) and Aaron Ramsey (hamstring) will miss out against Harry Redknapp's side, but could return against the Hammers.Mikel Arteta (calf), Mesut Ozil (knee), Abou Diaby (calf), Jack Wilshere (ankle) and Serge Gnabry (knee) are sidelined.QPR's main threat will be supplied by Charlie Austin, who fired a hat-trick against West Brom last weekend to increase his goalscoring record for the season to 11 in 15 Premier League appearances.Redknapp insists the 25-year-old, who was signed from Burnley for B#4million in August last year, will definitely complete the season at Loftus Road and will hopefully stay beyond that."Charlie has got 18 months left on his contract so he is going nowhere in January," Redknapp said."Once he gets into the last year of his contract it is a different proposition

We will have to wait and see what happens then."We want to keep him here long term but we have to stay in the division this year, which I am confident we will do."If we do that I am sure that we can tie him down longer and secure his future at QPR."Charlie has proved he's a Premier League player and he wants to play in this division, but he has to keep scoring goals

He will keep his feet on ground as he's a very level-headed lad."