​Arsenal and Chelsea head to Azerbaijan to face off in the Europa League final in Baku on Wednesday night, as both clubs look to clinch their first piece of silverware this season.

The midweek affair presents ​Chelsea with the opportunity to win their first major competition since the arrival of manager Maurizio Sarri last summer. The Italian boss has never won a major trophy before, and will be hoping to put that right against ​Arsenal.

The Gunners on the other hand can, not only win a first trophy under Unai Emery, but also grab a place in next season's ​Champions League with victory against the Blues. A disappointing finish to their domestic campaign saw them miss out on the top four, but victory on Wednesday will see them reclaim a spot at European football's top table.

The match itself has been surrounded by controversy owing to the decision to hold the final in Baku, which has proven to be a logistical nightmare for both clubs. What this has done is take away the attention from two quality set of players, who will be vying for their first and only trophy in the 2018/19 campaign.

Ahead of this hotly anticipated Europa League final, let's take a look at the best possible combined XI from both sides. Aside from the antics surrounding his refusal to be substituted in the League Cup final earlier this year, Kepa has had a fine campaign.

After signing for the west Londoners as the most expensive goalkeeper in history, the Spaniard has settled to life in the ​Premier League brilliantly, and vindicated the money forked out for his services. ​Another reliable Spaniard gets the nod on the right side of this defence. The Chelsea skipper has been a trustworthy figure from his first day at the Bridge, and has continued to perform excellently under Sarri.

His ability to balance attacking and defending duties so well is what makes ​Azpilicueta one of the best full-backs in world football. The former Marseille man guarantees a minimum of seven out of ten every time he steps onto the pitch and is an easy choice for this combined XI. ​During his nine year spell at Arsenal, Koscielny has barely put a foot wrong and the Frenchman remains to this day the Gunners' most reliable defender.

Despite the injury problems suffered over the previous 18 months, the centre-back is the first name on the team sheet when fit, and is expected to lead his team out on Wednesday.

In an otherwise shaky defence, Koscielny provides the north Londoners with the defensive stability that has seen them through to this Europa League final. From time to time, ​​David Luiz is still mistakenly thought of as an error prone defender, due to a few defensive howlers made during his first spell with Chelsea. However, following a move to Paris Saint-Germain, Luiz returned to west London as one of the Premier League's most consistent players.

The Brazilian has played nearly every minute for the Blues this season, and has been a mainstay in the starting team for the latter stages of the Europa League. Having won a major European trophy with Chelsea before, Luiz is an easy choice in this XI. ​No player on either of these two teams has managed to make the left-back berth completely their own this season, as the managers of both sides have rotated in this position.

That said, ​Kolasinac is probably the strongest of the four possible options. Whilst his defensive capabilities have come under some scrutiny, the Bosnian international has excelled as an attacking threat on the left-hand side for the Gunners.

The ridiculous tallies of the Liverpool full-backs make Kolasinac's five assists for the season look far less impressive than it truly is. ​Torreira has hit the ground running in his debut season for the Gunners since his move from Sampdoria last summer. At the age of 22, the Uruguayan arrived in north London yet to have a taste of Premier League football and was expected to take some time to bed himself into the Arsenal team.

However, the former Serie A man adjusted immediately and has featured in a total of 49 matches this season. This has seen the midfielder earn himself a reputation as one of the best tough-tackling, ball-winning defensive midfielders in England.

With N'Golo Kante set to miss out on Wednesday, Torreira is the obvious choice at the base of the midfield. 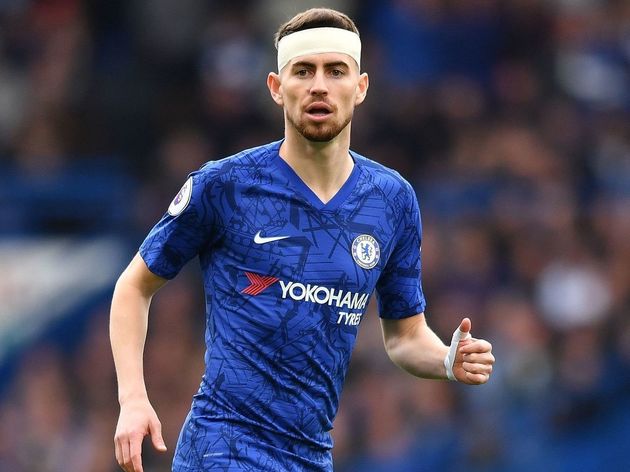 He is often used as a stick to beat manager Maurizio Sarri with, but Jorginho has been a quality addition to the Blues' lineup this season.

Tasked with picking the ball up off his defenders and moving the ball from side to side to drag opposition players out of position, the Italian carries out one of the most important, yet under-appreciated roles on a football pitch.

While the former Napoli midfielder does not have many goals to his name, his importance to the Chelsea team cannot be understated. ​Prior to this season, the former Everton man had been labelled a waste of money, but ​Barkley has emerged from the wilderness under the stewardship of Maurizio Sarri.

Having adapted well to the tactical changes that his Italian boss has made, the Englishman now finds himself a regular in the Chelsea lineup.

With Aaron Ramsey set to miss out on Wednesday due to a hamstring injury, Barkley is the next most effective midfielder available to either of the two sides. ​Winning Arsenal's player of the year award, ​Lacazette is held in high regard at the Emirates Stadium and it is easy to see why. The Frenchman provides a constant threat to the opposition defence and you know whenever he is on the pitch, the Gunners are capable of scoring.

The former Lyon man has bagged a hatful of goals this season and makes up one half of one of the deadliest strike forces in world football.

Should Arsenal win the Europa League on Wednesday, Lacazette is likely to play a huge role in helping them do so. ​The other half of said strike force is the Premier League's golden boot joint-winner, ​Aubameyang. The Gabonese international scored an incredible hat-trick in the semi-final to book Arsenal's spot in Baku, and has to be one of the most lethal strikers in Europe.

With 30 goals in all competitions, including eight in 11 Europa League appearances, Aubameyang is integral to the Gunners.

His ability to create something out of nothing means that opposition defenders cannot get a minute's rest when he is on the pitch and the Chelsea back line will be well aware of this on Wednesday. ​He was never going to be left out of this team, was he? The Belgian will lineup for Chelsea on Wednesday in what might be his final appearance for the Blues before a potential big money move to Real Madrid.

But there isn't much ​Hazard can do to upset the Stamford Bridge faithful, as his seven years of excellent service in west London have made him a legend at the club.

Following his most prolific season in a Chelsea shirt, the former Lille man will be desperate to cap it off with a winning goal in the Europa League final.