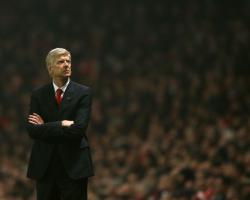 ons of each to seven leagues plus the holders, They are Barcelona, Chelsea, Bayern Munich, Juventus, Benfica, Paris Saint-Germain and Zenit St Petersburg.

Before the actual draw takes place, a practice draw is always made to make sure there is no mistakes.

Arsenal fans will be hoping that the practice draw won't happen again in the actual draw as their team was drawn againstÃÂ Bayern Munich, Roma and Malmo.

The Bavarians are the favourites to win the Champions League this season as they have one of the strongest squads in Europe while Roma had an exceptional transfer market especially after adding Edin Dzeko, Salah and Wojciech Szczesny.

United, Chelsea, Arsenal and Manchester City will have to wait to learn their fate at the Champions League group stage draw, which takes place at 4.45pm today, August 27 in Monaco.