Arsenal have shown an interest in signing Barcelona academy graduate Marc Cucurella, and are willing to pay his release clause of €25m.

The 21-year-old is able to play as a left-winger or as a left-back and has spent this season on loan at Spanish side Getafe, who are well in the running for a Champions League place - in 25 La Liga games, he's recorded five assists and scored one goal.

His form for Getafe has been to the detriment of Barcelona, who have looked shaky with summer signing Junior Firpo filling in at left-back. 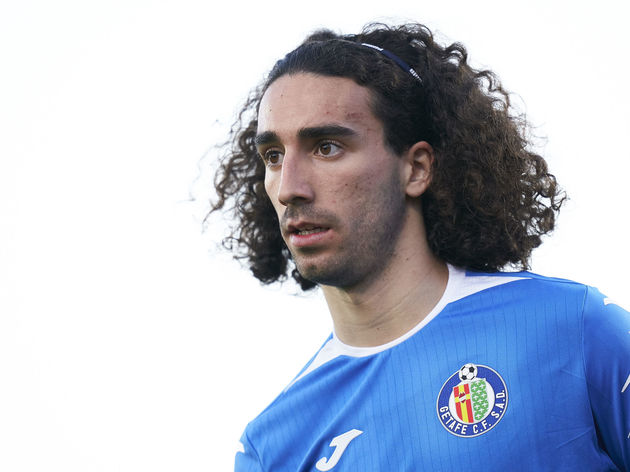 Cadena Cope (via Sport Witness) report that for 'all intents and purposes', he will move to Getafe on a permanent deal in the summer, and his new contract will include a €25m release clause.

Arsenal are one of the interested parties, but could face an almighty battle to bring Cucurella to the Emirates Stadium - Tottenham, Atletico Madrid, Bayer Leverkusen, Borussia Monchengladbach and Sevilla are all said to be monitoring the youngster.

Cucurella had been linked with a move to Manchester City in the past, notably during the time when Mikel Arteta was at the club as Pep Guardiola's assistant.

Arsenal have been rather unfortunate in the left-back department this season, with Sead Kolasinac new signing Kieran Tierney spending a lot of time out injured. In their absence, Arteta has deployed Bukayo Saka there instead, though he is naturally a left winger. The results have been surprisingly positive as the youngster has seriously impressed, and now has more assists than any other Arsenal player this season.

However, the 18-year-old has entered the final 18 months on his contract and there are talks he may be snatched up by a big club who are monitoring the situation, though he has admitted that he is letting his agent and parents sort out matters off the pitch.​