​Ex-Arsenal Women's defender Alex Scott has laid into Stephan Lichtsteiner's performance against Man City on Sunday, claiming he simply 'was not good enough' during the 3-1 defeat.

Lichtsteiner - who was starting his seventh Premier League game of the season - was part of a Gunners back five that conceded three goals, all scored by Sergio Aguero at the Etihad Stadium on Sunday. 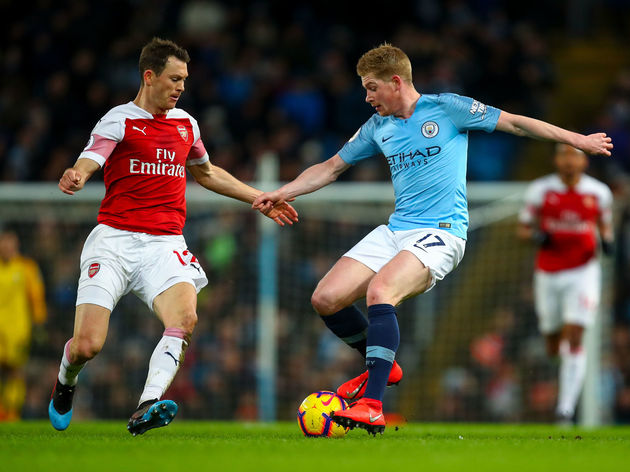 Speaking on ​Sky Sports following the game, Scott claimed the Swiss defender looked off the pace and questioned his tactical awareness. The 35-year-old was caught out for ​Aguero's second goal which regained the lead for City, just minutes before the interval.

She said: "It was the reading of the game defensively, Lichtsteiner looked off the pace. 2007 Women's Champions League winner Scott went on to add that Lichtsteiner was the 'weak link' in the ​Arsenal team, requiring winger ​Alex Iwobi to help nullify ​City's attack down the right-hand side:

"Lichtsteiner I have to say, wasn't good enough today, and you can see with Iwobi starting to help double up down that area because that was the weak link," Scott added.

The Gunners signed Lichtsteiner from ​Juventus in the summer on a free transfer, with many hoping he would provide the much needed experience to a shaky Arsenal back four. However, some poor performances and the form of Hector Bellerin have limited him to just 11 ​Premier League appearances under Emery.