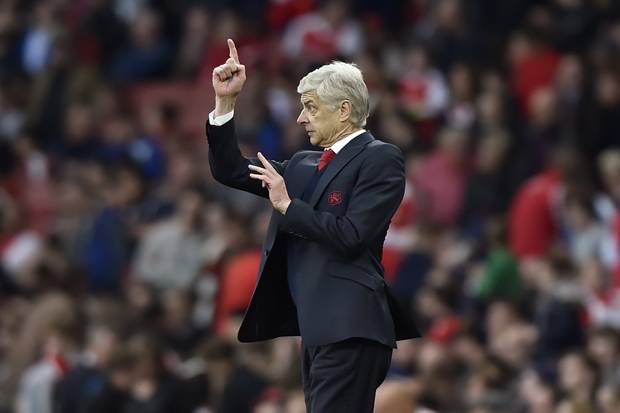 The 24-year-old was dismissed after 70 minutes for a challenge on Modou Barrow but despite classing the decision as "a little harsh", Wenger will not be challenging the decision made by referee Jon Moss.

Wenger said: "No (we will not appeal the decision)

It looked harsh to me but it was a deliberate foul

"It looked a 'dark yellow' but the referee went for bright red."

The Gunners made it six Premier League wins in a row, with a brace from Theo Walcott and a goal from birthday boy Mesut Ozil proving enough though Swansea twice pulled within one, through Gylfi Sigurdsson in the first half and Borja Baston in the second.

Wenger added: "What looked to be a comfortable afternoon finished in a very uncomfortable way

We just got over the line

"I thought at times we played fantastic football, we lost a bit of our focus and after that, at 3-1, we could have conceded.

"We played with spirit but it was difficult in the end."

Walcott's brace on Saturday made it six goals in five games for the 27-year-old and Wenger believes he is looking much more resilient as a player this season.

He said: "He could have had a hat-trick, maybe even four.

"He scored two goals, I make that six now which is very encouraging.

"He is much more resilient."

Swansea manager Bob Bradley believes there are a lot of positives his side can take from their defeat.

The American boss was announced to replace Francesco Guidolin on October 3 and has had to wait until after the international break for his first game in the Premier League.

The Swans have now lost their last four league games in a row but Bradley was happy with large parts of their game against the Gunners.

He said: "That was an exciting game but obviously it didn't finish how we wanted it to.

"I didn't like our start, we were slow to step out and gave them too much of the ball.

"Arsenal is a team where if you don't make the most of your chances, they will play through the lines.

"That part of the game I didn't like and of course, that coincides from our end with two poor goals.

"I think we kept at it so at the end, disappointed but I think the players feel that we had a very good week of training and now if we can take the starting points we saw today, then there is a chance we can become a really good team."