​Arsenal's deal to sign Nicolas Pepe will see the Gunners pay just £20m up front, with the remainder to be paid in instalments over the next five years.

This signing is set to break Arsenal's transfer record, beating their previous most expensive acquisition - the £58m they spent to bring in Pierre-Emerick Aubameyang from Borussia Dortmund.

Arsenal paying £20m up front for Nicolas Pepe, and the remaining £52m over FIVE YEARS.

As reported by ​Daily Mail, the transfer fee in total will be £72m. However, £52m of this will be paid over the course of the next five seasons.

​Arsenal are having to manage their budget carefully following their failure to qualify for next season's ​Champions League after finishing fifth in the ​Premier League and losing in the final of the Europa League.

Should the Gunners complete the purchase of the Ivory Coast international, they will secure the most expensive signing of any Premier League club in this summer's transfer window so far. 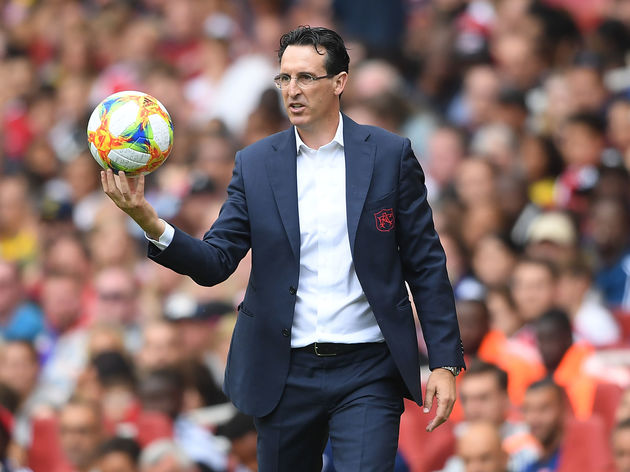 The deal represents something of a coup for Arsenal considering they had stiff competition from the likes of ​Manchester United, ​Liverpool and ​Napoli for the Ligue 1 star's services.

Nevertheless, the Lille forward is due to undergo a medical in London before the end of this week, with the official announcement of his signing expected shortly after.

Only Kylian Mbappe registered more goals in Ligue 1 than the Ivorian last year, as Pepe found the net 22 times while laying on 11 assists for his teammates.

Pepe will make up one of English football's most dangerous-looking attacks next season when he links up with ​Aubameyang and ​Alexandre Lacazette, who between them scored 50 goals last season.

Lacazette came off injured against Lyon in an Emirates Cup fixture at the weekend, but the Frenchman is expected to be fit for the season opener against ​Newcastle United on August 11th.