Arsenals No1 striker target is not Karim Benzema 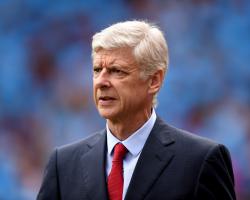 Arsene Wenger could turn his attentions to PSG striker Edinson Cavani as the Uruguayan is eyeing a regular football for the new season after being fallen out with manager Laurent Blanc last season.

The Arsenal boss is keen on adding a new striker to his side this summer to boost his chances of clinching a silverware this season and Cavani would be the ideal one.

The 28-year-old was often required to play out wide while Zlatan Ibrahimovic took the central position, However, the Uruguayan scored 31 goals in all competitions last season.

If that is the case, Arsenal must pay ÃÂ£35million to sign Paris Saint-Germain striker Edinson Cavani this summer.

Cavani joined French champions in 2013 for a fee believed to be around Ãâ¬64.5 million making it the sixth largest transfer in history.

Speaking on American radio station, Marsh was feeling very confident about the ability of a deal being completed.