Barça were reportedly keeping tabs on Lacazette but now look more likely to sign Atletico want-away Antoine Griezmann, after he publicly announced that he will be leaving the Wanda Metropolitano at the end of the season.

. @AntoGriezmann: "These five years have been incredible. Thank you very much for everything, I carry you in my heart." pic.twitter.com/uz1jwQj1Sg

As a result, Atletico must now act quickly to replace Griezmann and

Edinson Cavani, who has been repeatedly linked with a move away from Ligue 1.

Currently, Atleti have Diego Costa and Alvaro Morata as their other striking options. Costa's future is unclear after a string of on-field misdemeanours, though, whilst Morata's future is dependant on Diego Simeone's willingness to pay another hefty loan fee to Chelsea.

Arsenal, meanwhile, will be reluctant to let Lacazette leave, as he has formed a deadly partnership with Pierre-Emerick Aubameyang.

The Gunners take on ​Premier League rivals Chelsea in Baku at the end of May, knowing that victory will earn them a coveted spot in next season's Champions League. 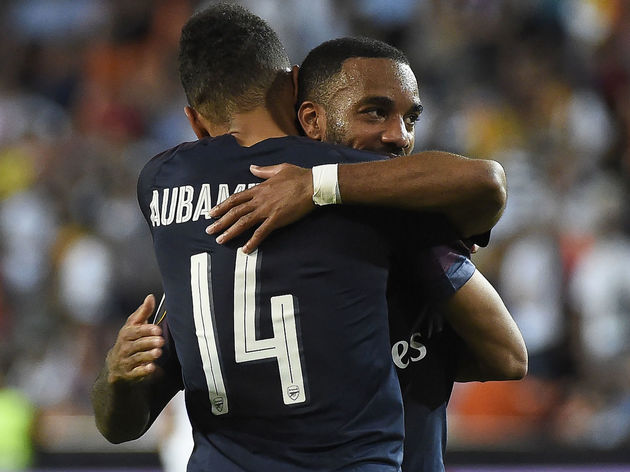 Manager Unai Emery will no doubt be hoping that Lacazette remains focused on the task at hand, despite recently admitting that being linked with a move to Barcelona was 'flattering'.