​Atletico Madrid could turn to Arsenal forward Alexandre Lacazette if they fail in their attempts to sign Paris Saint-Germain striker Edinson Cavani, with the Spanish club willing to include Thomas Lemar as part of a potential deal.

Lacazette has made 19 appearances in all competitions for Arsenal this season, but he has struggled to find the back of the net on a regular basis amid the Gunners poor form, scoring six times and providing two assists. 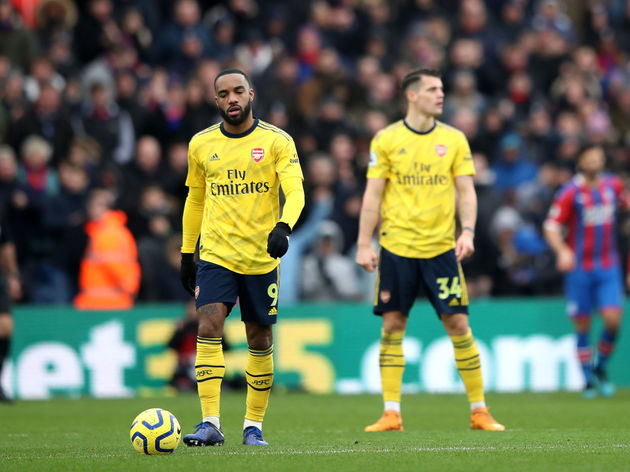 The Frenchman last scored in the Premier League in the middle of December, during his side's 2-1 home defeat to Brighton. Nonetheless, he remains a key player for the north London side, helping set up Pierre-Emerick Aubameyang's goal in the 1-1 draw with Crystal Palace last time out.

​Marca report that Atletico Madrid could look to sign ​Lacazette if they fail to land Cavani. The Spanish side have been heavily linked with the PSG man in recent weeks and the Uruguayan ​has reached an agreement to join ​Atletico, with the player expected to sign a three-year deal. However, PSG and Atleti are yet to reach an agreement.

Marca's report states that Atletico are looking to bring in attacking reinforcements in January, but the French side are not keen to let him leave when there are still six months left on his contract. It is said that if they were to fail in their pursuit of ​Cavani, Los Rojiblancos could look to make a move for Lacazette. The Madrid-based side could include Thomas Lemar as part of the deal, with the report claiming the winger 'would go' to Arsenal.

Lemar - who has also been linked with Wolves recently - has struggled to make an impact at Atletico since his 2018 move worth around €60m.

​Arsenal and ​Tottenham are believed to be among the clubs the Frenchman could be offloaded to, while Chelsea ​have also been offered the chance to sign him.