​Atlético Madrid chief executive Gil Marin has said Thomas Lemar will not be leaving the club during the January transfer window, amid reported interest from Bayern Munich, Arsenal, Chelsea, and Tottenham.

Having joined Atlético from Monaco in a €70m move in 2018, the 24-year-old has struggled to cement his place in Diego Simeone's first choice XI, despite making 64 appearances for the club.

While interest from England has been widespread since his breakout at Monaco, Bayern have been the latest club to consider Lemar, according to France Football.

However, in an interview with ​Goal, Marin confirmed, "​Lemar is not for sale. There is no way he can change."

The France international has made 21 appearances in all competitions this season, but has started just 10 of those and has failed to register a goal or an assist thus far.

Simeone has heaped the pressure on his player recently too, stating he expects much more from him.

"Lemar is an important player who hasn't been able to develop his game," he said. 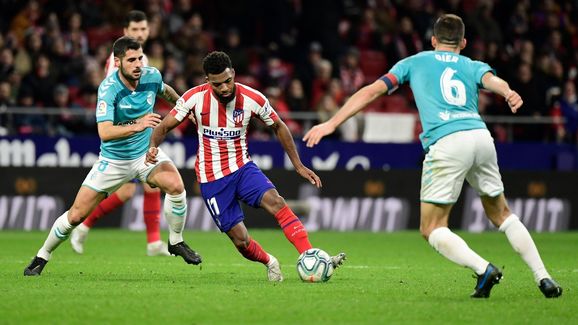 Simeone will hope Lemar will be able to finally produce the form that made him one of Europe's most coveted wingers during his time at Monaco once he returns from injury.

While they're unwilling to sanction the departure of Lemar, ​Atlético​a deal to sign Paris Saint-Germain forward Edinson Cavani​transfer

Atlético are having an underwhelming season overall. They are fifth in ​La Liga, trailing rivals ​Real Madrid by 10 points. However, they have the possibility to redeem themselves in their mouth-watering last 16 clash against Liverpool in the ​Champions League.