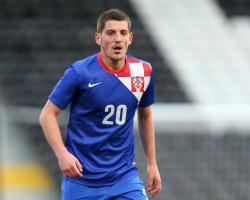 Ademi then took his fight to sport's highest court, asking CAS to overturn the ban completely as he failed the test because of a contaminated supplement he had been prescribed after an injury

In a press release, CAS said: " The panel found that while the player discharged his burden of proving lack of intent, it could not uphold the player's argument that the challenged decision should be annulled

"Instead, as the panel found a reduction in the period of ineligibility was appropriate, the appeal was partially upheld."

Having always denied any intentional wrongdoing, Ademi, who switched his international allegiance from Croatia to Macedonia in 2014, will now be eligible for club and country from October

Following that Champions League defeat, Arsenal manager Arsene Wenger suggested Dinamo should have been disqualified from the Champions League and accused UEFA of being soft on doping, claims that drew an angry response from Dinamo and the governing body