​Barcelona have insisted they will only allow Malcom to join north London rivals Arsenal or Tottenham on loan this January transfer window if there is mandatory clause to buy the winger in the agreement, or the player is bought outright.

Malcom has been the centre of intense speculation this window after failing to nail down a starting berth at the Camp Nou, following his £36.5m move from Bordeaux last summer.

The Brazilian snubbed the chance to join Roma in place of the ​La Liga champions, however he has featured only 12 times for ​Barcelona this season, with ​Mundo Deportivo now claiming Ernesto Valverde's side have outlined their conditions for his potential departure.

With both ​Tottenham and ​Arsenal unwilling, or incapable, of producing a fee outright, the news could come as a boost to both clubs as their top four rivals are eager to add quality in wide areas this campaign.

The Gunners have made it clear since the beginning of the window that they would only be able to bring players in on loan this window, with all permanent acquisitions having to wait until the summer. 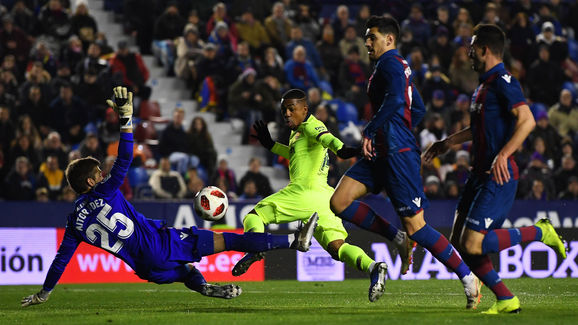 Spurs, meanwhile, are in the midst of an injury crisis, with key man ​Harry Kane unavailable and Son Heung-min returning fatigued from his endeavours with South Korea in the Asian Cup.

Should either side secure the signature of the 21-year-old, they will be hoping the winger will recapture his form at Bordeaux, where he scored 12 goals and chipped in with seven assists in his final season in Ligue 1, before making the move to Catalonia.