​Arsenal could face stiff late competition in their efforts to sign Yannick Carrasco from Chinese club Dalian Yifang after it has been reported that Bayern Munich see the Belgian international as 'Plan B' this summer if they fail to land Manchester City star Leroy Sane.

Arsenal have been heavily linked with Carrasco, whose 2018 move to China from Atletico Madrid shocked the world, for some time, but more progress now appears to have been made. Information credited to Italian outlet Sport Mediaset, via the Daily Mirror, claims that Arsenal have agreed personal terms with Carrasco over a proposed move to north London.

However, the same Mirror report also notes potential difficulty in completing a transfer because a fee with Dalian Yifang will still need to be agreed. And given the rife speculation about Arsenal's summer transfer budget - potentially just £40m before sales - that may be tough.

A proposed January move is alleged to have fallen through because it was initially billed as a loan and Dalian Yifang were unwilling to agree to a temporary arrangement.

The Mirror notes that claims over a £30m agreement are 'premature', while a report earlier this week claimed that £25m is price tag that Dalian Yifang have set. 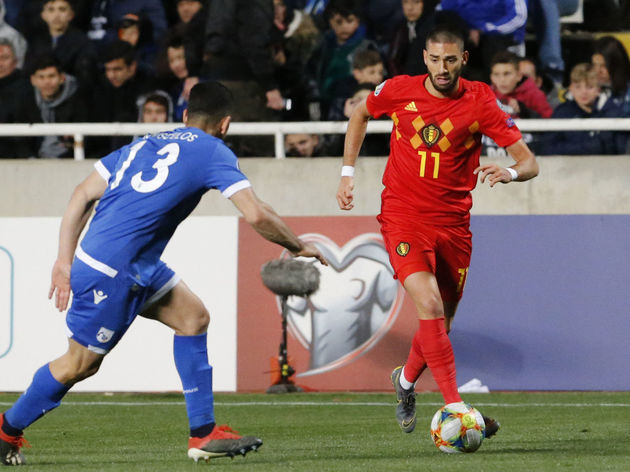 However, negotiating a fee might not be the full extent of Arsenal's problems as German publication SportBild claims that Bayern Munich are keeping an eye on Carrasco as part of an ongoing and expensive summer rebuild at the Allianz Arena.

Manchester City star Leroy Sane remains their ideal target as veteran wingers Franck Ribery and Arjen Robben leave the club after 22 years of combined service, but the report suggests that 25-year-old Carrasco is one of several 'Plan B' alternatives.

Carrasco, who once scored against Arsenal in the Champions League for Monaco and later went on to score for Atletico Madrid in the 2016 Champions League final, told Belgian outlet Nieuwsblad last week that talks over his return to Europe 'are going well'. He did not, however, give any detail as to which club or clubs those talks are with.